Edinburgh settles into its new classrooms on wheels 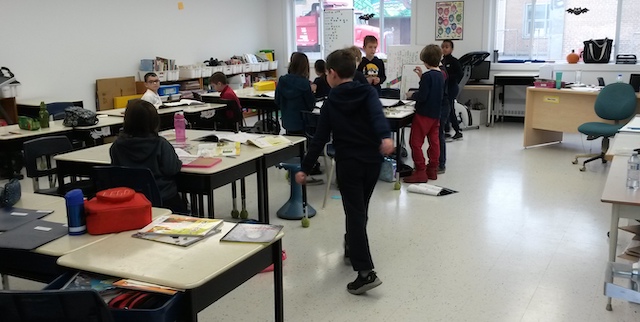 The brand-new classrooms at Edinburgh Elementary School in Montreal West are in operation! Students started using the school’s new addition on October 22, less than nine months after the idea of “modulars” first started taking shape.

Along with other west-end elementary schools, Edinburgh, a French immersion school in Montreal West, needed to find ways to deal with over-enrolment. Three years ago, the school – with a regular capacity of 330 students – housed 409 students, causing a space issue. Since then the school has been experiencing the loss of classrooms, dedicated music and science rooms and unavailable gym time. Some classes had to do their gym time right in their classroom on rainy days when they couldn’t go outside. The library had also been emptied to free up a class space. 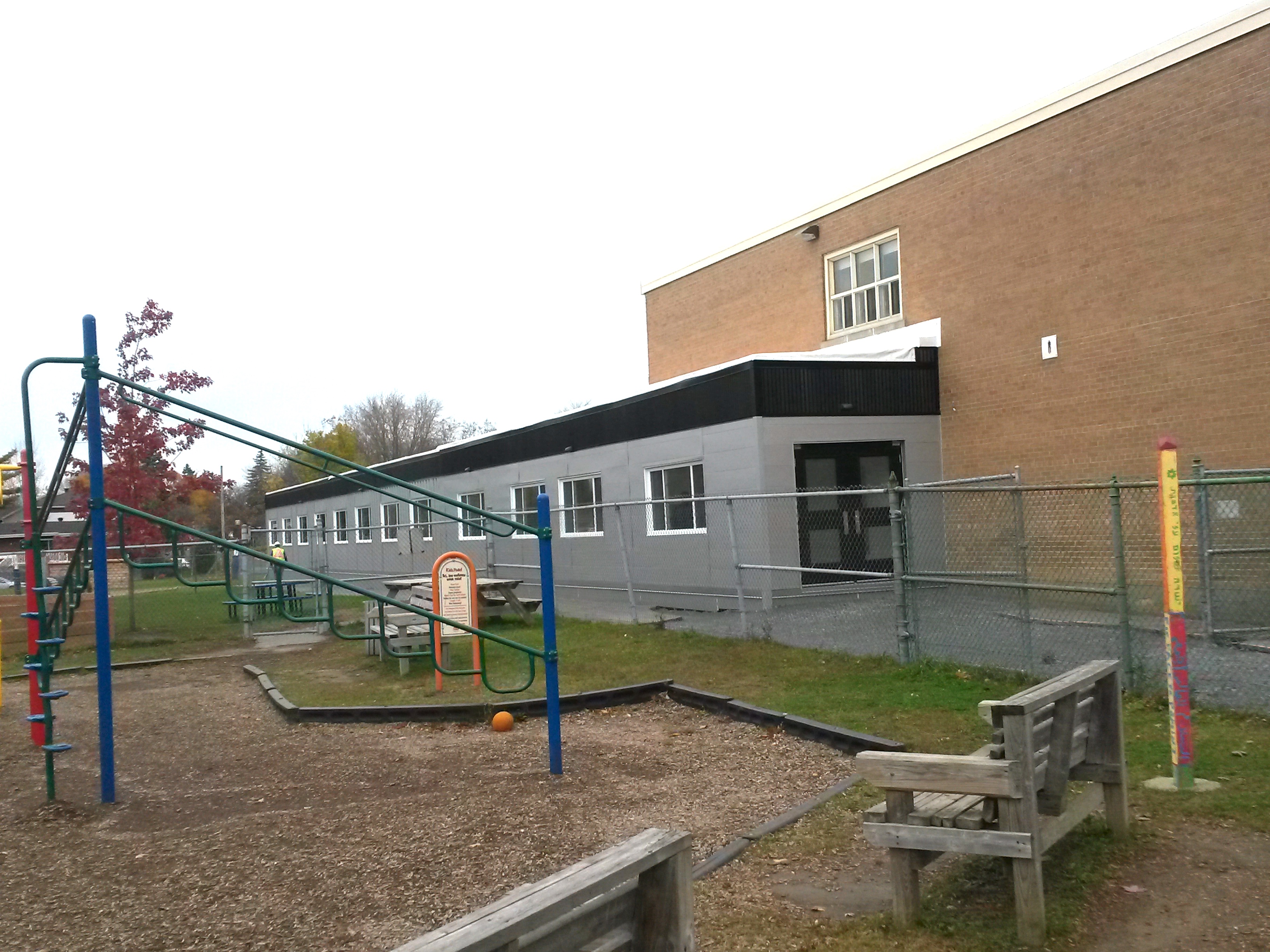 Edinburgh and its Governing Board opted for the installation of the modular or mobile units, which are prefabricated building units on wheels, among the other choices presented by the English Montreal School Board (EMSB) in the fall of 2018. Now, gym time can be spent in the gymnasium or the fitness room, the science and music teachers are back using dedicated classrooms, and the resource room is available once again.

“I am very happy with the way it turned out,” said  ¨Principal Mauro Zampini, adding it was the best solution for the parent community who didn’t want to have a second location somewhere else.

Through an opening where a wall once stood is the entrance to the school’s gleaming new addition. Two trailers are joined together lengthwise to form a long rectangular annex off the back of the school on a paved area. A subtle rise in the floor, where the seams between the two units meet, is the only indication that this is a building on wheels. Hand-made hooks and cubbies line one side of a long hallway with classrooms leading off of it, while the other is a wall of windows, creating a bright and airy feel.

Making up the annex, which has doors and a few steps leading outside at both ends, are four rooms in total: two homeroom classrooms, a resource room and a fitness room complete with mini-sized ping pong tables, stationary bikes and rowing machines. Yoga classes will also be offered in this room.

Mr. Zampini was “impressed with the timeframe” – the six months within which the project took shape. Consultation with parents over ways to handle the overflowing school took place between November 2018 and February 2019, when EMSB officials approved the budget for renting the modulars. The project then went out to tender in May, and the contract was awarded in June.  On August 29, the first units arrived at 500 Hudson Ave., and students took over the premises about two months later.

“We now have enough classes to deliver our educational project the way it was intended,” said Mr. Zampini.

The EMSB’s plan is to reduce the mobile units by one each year, until the school is brought back down to its capacity and can fit once again within its regular school building