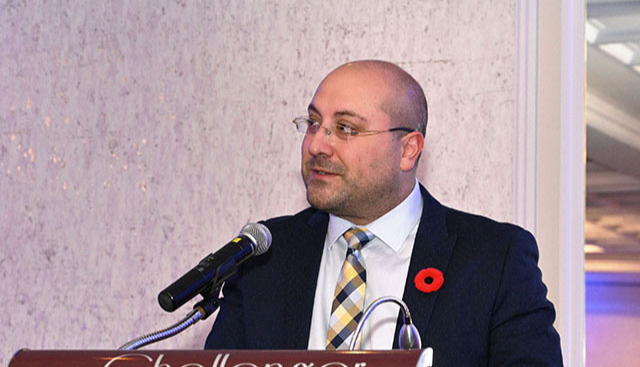 By: Council of Commissioners

English Montreal School Board Acting Chair Joe Ortona expressed today his strong satisfaction over the decision Thursday, by the Court of Appeal of Quebec, to suspend Bill 40 until the Superior Court of Quebec hears the case beginning in November.

Among other changes, Bill 40 would have transformed English-language school boards into school service centres.

Speaking on behalf of the Council of Commissioners, Mr. Ortona cited this part of the ruling which painted a very clear picture: “Given that the changes in school governance resulting from Bill 40 appear, at first glance at least, to withdraw powers of management and control from the English school boards and limit the eligibility of the members of the official language minority of Quebec for elected positions in the new school service centres, in this case the public interest leans in favour of protecting the rights of the official linguistic minority rather than implementing Bill 40 in the English educational sector, at least until there is a judgment on the merits.”

“This is the third time the Government has defended this bill in the courts, and they have lost every round,” Mr. Ortona maintains. “It is my hope that the Government works constructively in the interests of the children's education, especially in a pandemic, rather than to keep imposing what we consider to be an unconstitutional law. It was ill-advised to appeal this decision in the first place, and it would be just as ill advised to appeal to the Supreme Court of Canada. We, the EMSB, will continue to represent the English minority and defend the fundamental freedoms of all Quebecers, the English-speaking community, religious minorities and others.”

Mr. Ortona is now calling on the Québec Government to please make its intentions clear immediately regarding school board elections, which are scheduled for November 1. “Candidates for office have an enormous amount of work to do in a very short period of time, and school boards need to prepare for safe and secure polling stations due to COVID-19,” he said. “These are challenging times. In the name of democracy, if the Government wishes to postpone the vote and extend our mandates, we ask that this decision not be delayed.”

Mr. Ortona lauded the Quebec English School Boards Association and its lawyers for bringing about this stay in proceedings. “Now the case can be heard on its merits and I am very confident that English language school boards will remain in place with democratically elected commissioners for many years come,” he said.

With a youth and adult sector population of more than 44,000 students, the English Montreal School Board (EMSB) is the largest English public school board in Quebec. Established on July 1, 1998, when the province created new boards along linguistic lines, our network consists of 77 schools and centres. For more details, visit the EMSB website at www.emsb.qc.ca.