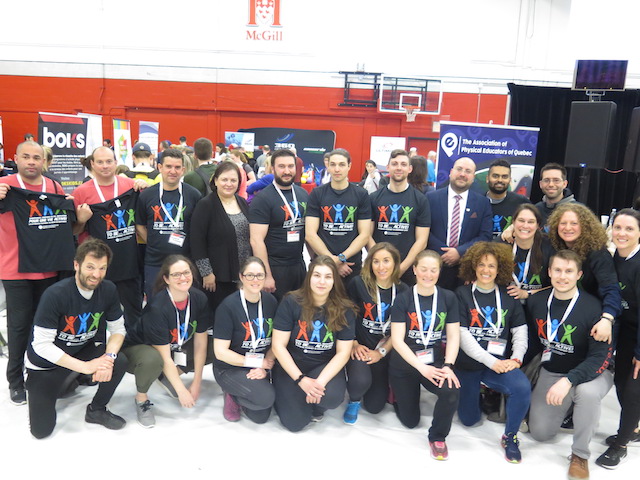 The English Montreal School Board was represented by 35 teachers  May 2 to 4    at the Physical and Health Education National Conference, organized by PHE Canada in partnership with the Association of Physical Educators of Quebec (APEQ) and La Fédération des éducateurs et éducatrices physiques enseignants du Québec (FEEPEQ).

APEQ and FEEPEQ, the English and French Physical Education professional associations in Quebec respectively, partnered together for a first time to work with PHE Canada to bring the conference to Quebec. This marked the first time the conference had been held in Quebec since 1982.  It took place at the Sir Arthur Currie Gymnasium of McGill University. Physical Education and Health teachers and researchers from across Canada were registered to attend, including over 200 from Quebec. Workshops were offered in either English, French or bilingually. Over 60 workshops were   offered. 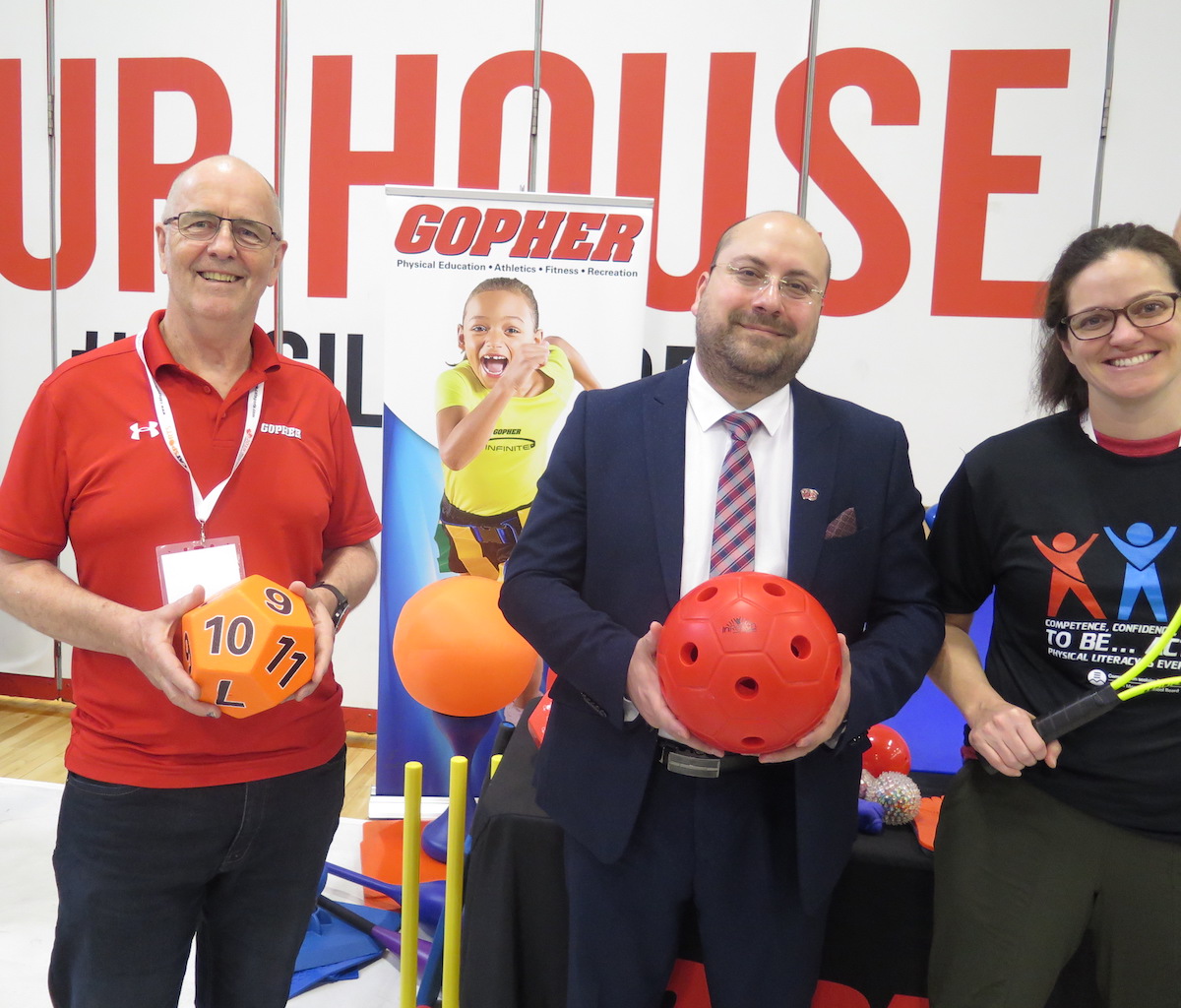 Former NHL coach Ted Nolan was the  keynote  speaker. Ironman athlete Pierre Lavoie, founder of Le Défi Pierre Lavoie, spoke as well. After a brief professional hockey career curtailed by a back injury,  Nolan coached in the minor leagues and junior and then for the NHL’s Buffalo Sabres and the New York Islanders. He was the recipient of the Jack Adams Award as the NHL’s Coach of the Year in 1997 after bringing the Sabres to first place in the Northeast Division.Over the years he has been an inspirational leader in the indigenous community and has impacted the lives of thousands of young first nations students through his philanthropic foundation.

Last year, the EMSB Professional Improvement Committee committed to approving all applications from teachers to attend the conference, a recognition of this important opportunity for professional development.  “Knowing that in some schools in Quebec and elsewhere in Canada, teachers have difficulty getting funding to attend conferences, this support was incredibly important and made a difference in how information about the conference was presented to teachers,” said Katherine Baker, the EMSB’s Physical Education and Health Consultant.  “Physical Education and Health teachers can sometimes be marginalized compared to other subjects in how funding for professional development in allocated, but this is not the case at the English Montreal School Board.”

Ms. Baker was centrally involved with the organization of this conference for the past two years. Three EMSB primary teachers, Jon Stein from Willingdon, Max Mallette from Westmount Park, and Karine Gomes-Silva from Gerald McShane, were presenters at a conference workshop which focused on a resource they created about using cooperative games and activities to teach Grades 1 and 2 students the social and behavior skills needed to enjoy participating in physical activity with others. This resource that was created through a Professional Development and Innovation Grant provided by the Leadership Committee for English Education in Quebec (LCEEQ). EMSB added further funding to the project by hiring a graphic artist to create Physical Education specific posters to accompany the resource. These posters can be seen on display in the gymnasiums of EMSB elementary schools.

Equipment for the EMSB

Gopher Sport was an official sponsor of the conference. They are providing $7,500 worth of equipment to the conference that presenters will use during their workshops. All of this equipment was then donated to EMSB schools. Ms. Baker and  EMSB Vice-Chair Joe Ortona accepted the donation from Gopher representative John Byl.

Jul 07, 2021
Families share their reflections about a year with Virtual Learning
Read More

Jun 25, 2021
We wish everyone a happy, healthy and fun summer
On behalf of the entire EMSB, the Council of Commissioners...
Read More