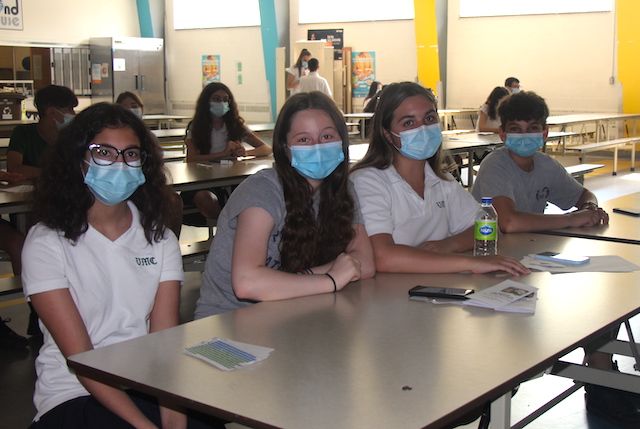 Secondary II students at Vincent Massey Collegiate in Rosemount gathered inside the school cafeteria on June 8  to present projects on six Montreal charities, servicing everyone from refugees, troubled youth, victims of domestic violence, and those dealing with mental health struggles.

These weren’t, however, just any final end-of-year presentations. After all, the winning group would receive a $2,000 grant for their charity, courtesy of the Youth and Philanthropy Initiative (YPI), an international program that seeks to empower students to speak up about social issues that matter to them.

YPI has worked with hundreds of secondary schools over the past 18 years across Canada, the United Kingdom and New York City. This year alone, 12,000 students participated in the initiative nationwide, with $500,000 having been awarded to deserving Canadian charities. It marked the first time YPI had worked with Vincent Massey Collegiate. 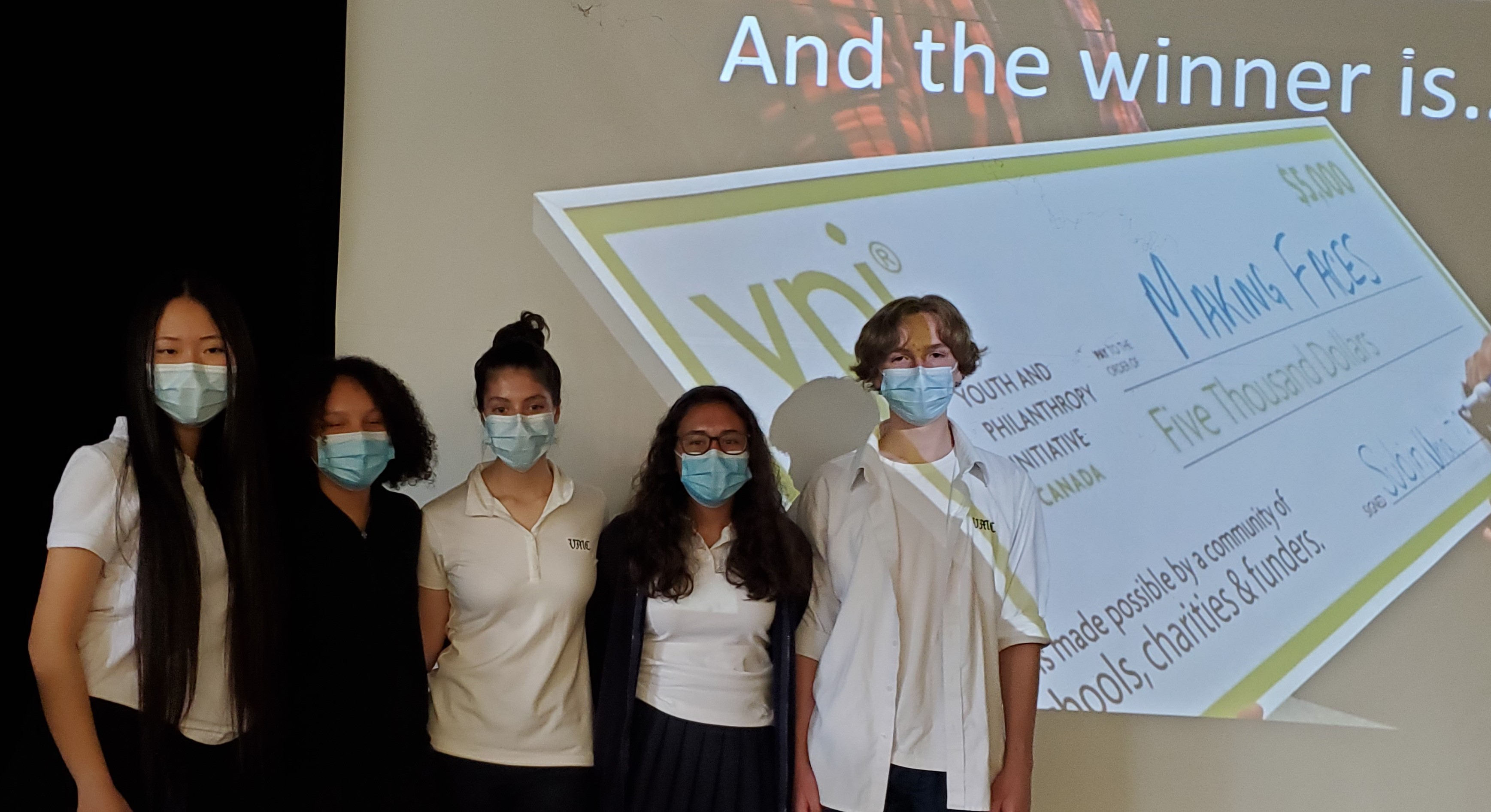 The final presentations were a culmination of many months of research and preparations of Kevin Kelly’s Secondary II Ethics and Religious Culture (ERC) students (the same program was also done by Sabrina Gagliardi and Bianca Frattasi’s Secondary IV ERC classes.)

The class-wide cross-curricular endeavor, which began in January, saw students completing a values questionnaire and then being grouped together based on common interests and passions. From there, students researched their respective charity’s approach, budget, and strategies, with the help of representatives of the organizations contacted via phone or email. This proved to be a challenge, particularly this year due to the COVID-19 pandemic.

“Many employees were working from home,” said Kelly. “Those who did answer from the offices weren’t always the ones best suited to answer students’ questions. Ideally, we would have also liked the students to visit the charity, but we couldn’t do that due to the pandemic. All things considered, the students did a pretty good job.”

Six groups (one per class) were eventually selected to present in the finals before a panel of six Secondary V students, Vice-Principal Vince Timpano and teacher Lev Berner. Each group presented for a total of 10 minutes, making use of a PowerPoint containing videos, charts, and other interactive elements. Pamphlets were also distributed outlining the core elements of their chosen charities.

The groups were judged based on their understanding of their charity’s respective social issue and operation, as well as their overall presentation skills. For Timpano, in particular, judging the presentations had added meaning. He had done his Master’s thesis on YPI while in university.

The winning group proved to be that of Rosina Ficocelli, Emilia Migliara, Luca Iazurlo, and Elizabeth Hatzimarkos for their presentation on Women Aware/Femmes Averties, an organization devoted to helping those dealing with conjugal violence.

The $2,000 grant will fund existing services, such as a hotline, one-on-one peer support counseling, and support groups. The money will also be directed towards alleviating costs associated with its prevention and awareness programs operated in high schools and community centres.

Ultimately, Mr. Kelly says there were more than one winner on the day.

“Doing something like this brings you to the realization that life is not about you,” he said. “It’s about helping other people. It is a big eye-opener for many students, especially during the pandemic. Deep down, as they go through their high school journey, they’ll realize the impact of what they’ve done.”