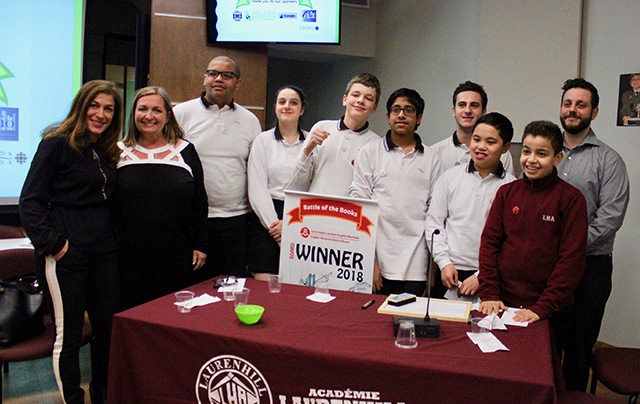 Students from LaurenHill Academy in St. Laurent, Laurier Macdonald High School in St. Léonard,Vincent Massey Collegiate in Rosemount, Westmount High School and Royal West Academy in Montreal West faced off in a test of their literary knowledge, at the English Montreal School Board’s (EMSB) third annual “Battle of the Books” competition. LaurenHill Academy won after a tie-breaking round with Vincent Massey, earning their place in the “Ultimate Battle” against winning teams from the Lester B. Pearson School Board (LBPSB) and the Quebec Association of Independent Schools. The finals will take place on Tuesday, April 17 (7 pm) at the Lester B Pearson School Board (1925 Brookdale Ave., Dorval).

Organized by the EMSB’s Education and Technology Services (ETS), “Battle of the Books” tests the teams’ detailed knowledge of 12 pre-selected young adult books that the students have read prior to the competition. This year’s titles include All Good Children by Catherine Austen (a local author), Boy21 by Matthew Quick, and Rash by Pete Hautman.

The competition consisted of two rounds of four questions per team. If a question was not answered correctly, the other teams have the chance to respond. It also included two “lightning rounds”, where teams gained points for each correct answer. Congratulations to the LaurenHill and Vincent Massey teams for both earning a total of 81 points, forcing a tie-breaking round. This exciting and tense round was ultimately won by team LaurenHill after answering the third tie-breaking question correctly. LaurenHill also won last year.

EMSB Librarian Alissa Rosellini notes that “Battle of the Books” is a great way to celebrate reading through a spirit of friendly competition. Started at the LBPSB in 2013, the Battle has steadily grown each year to include an increasing number of schools from across the city. This is the third year that the EMSB has held its own elimination game at the Board level to determine a finalist for the “Ultimate Battle”.

Guest questioners and judges included Alarey Alsip, an actress, writer and director as well as a teacher at Geordie Productions, Connie Primiano, a former EMSB Human Resources Assistant Director and former principal of Honoré Mercier, Dunrae Gardens, and Cedarcrest Schools, and Matthew Shapiro, Head Teacher of FOCUS and singer-songwriter. Special guest Trevana Spilchen, poet and teacher from British Columbia, read the first series of questions to student teams. The evening was lively and ran smooth thanks to MC Tracy Mangal from the EMSB’s ETS.

Prizes of books donated by CBC Canada Reads, and four tickets to an upcoming Geordie Theatre Production were given to audience members who answered book-related questions. ETS would like to thank CBC Canada Reads, Drawn & Quarterly, Livres Babar, Librairie Paragraphe, and Librairie Clio for supporting this event. Admission is free to the “Ultimate Battle”, and is open to the public. 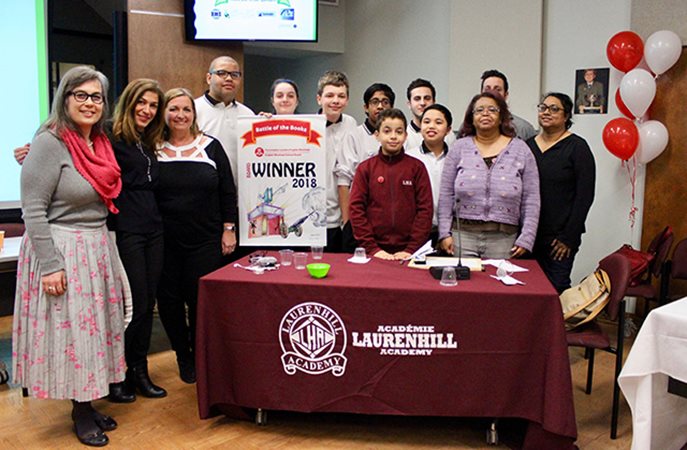 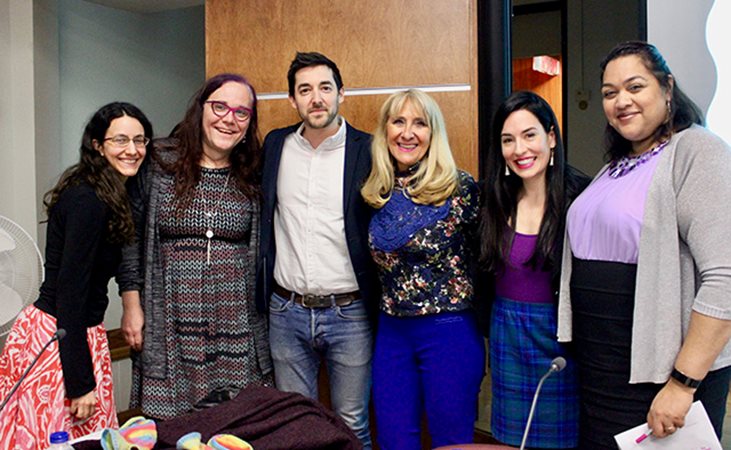 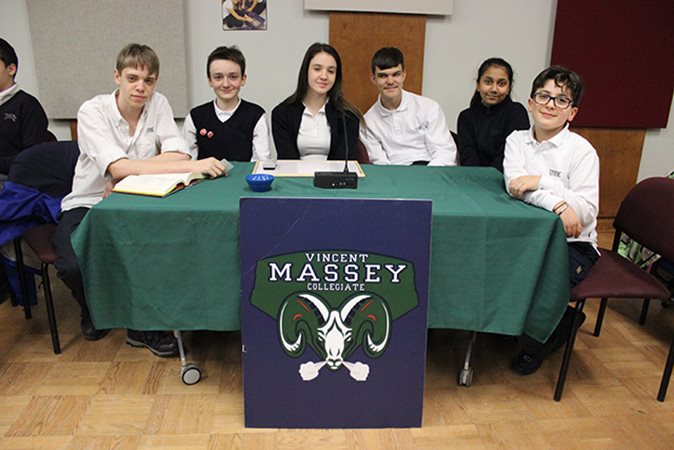 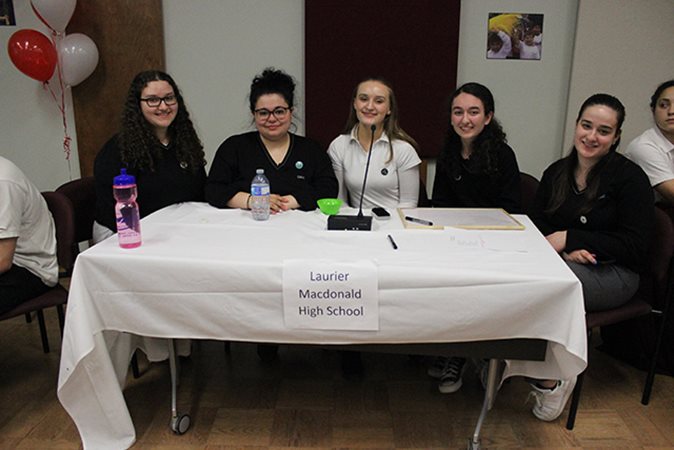 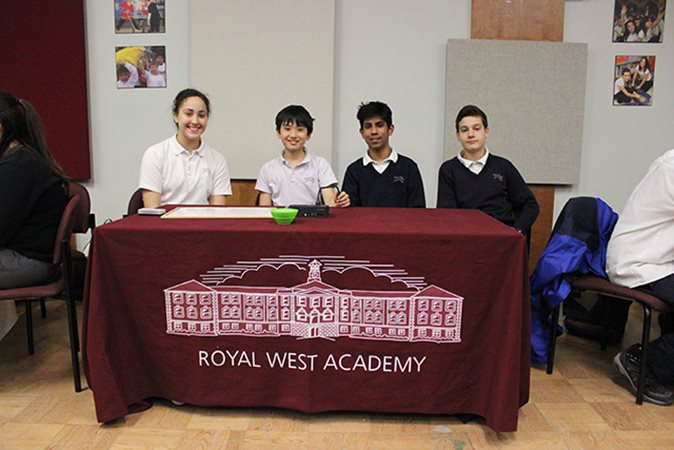 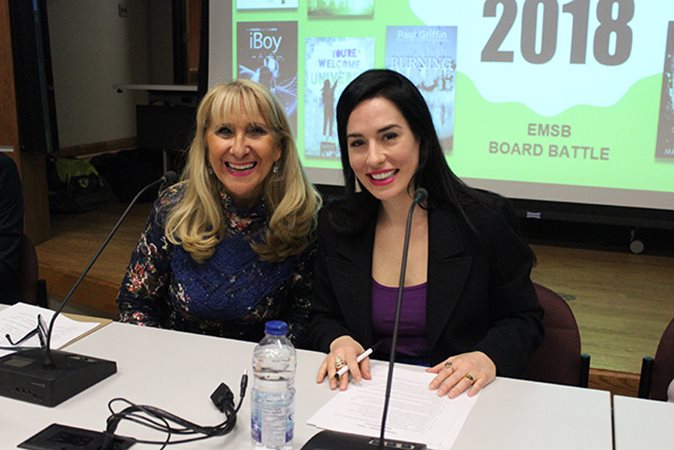 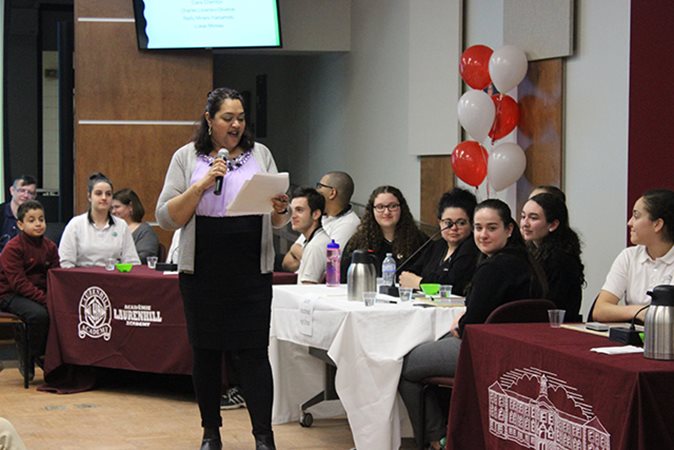 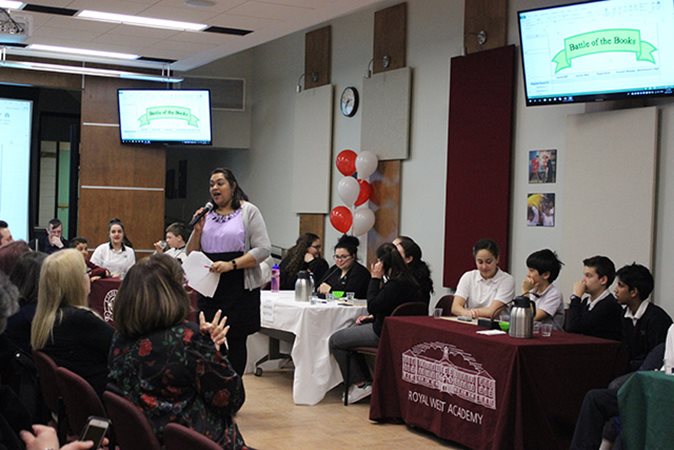 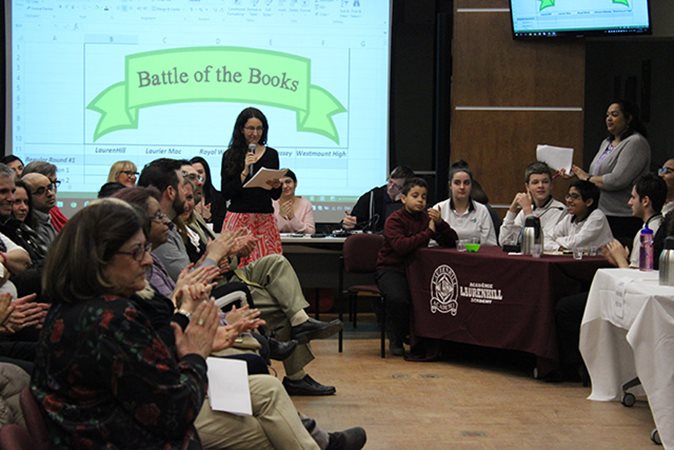 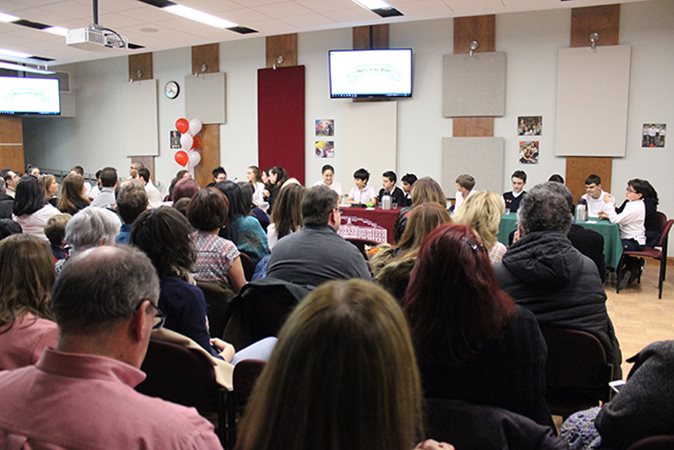 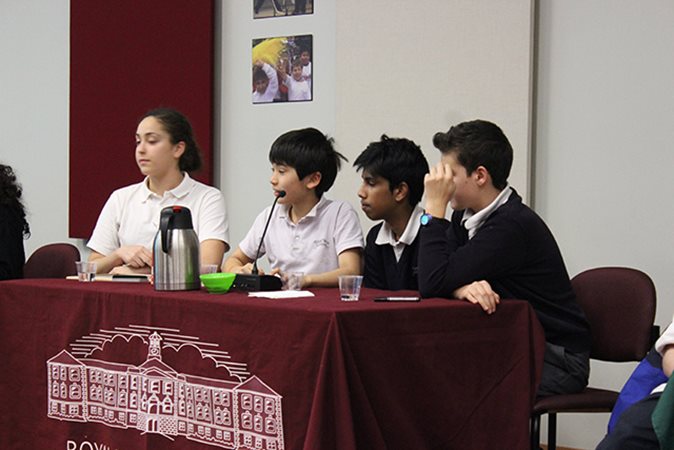 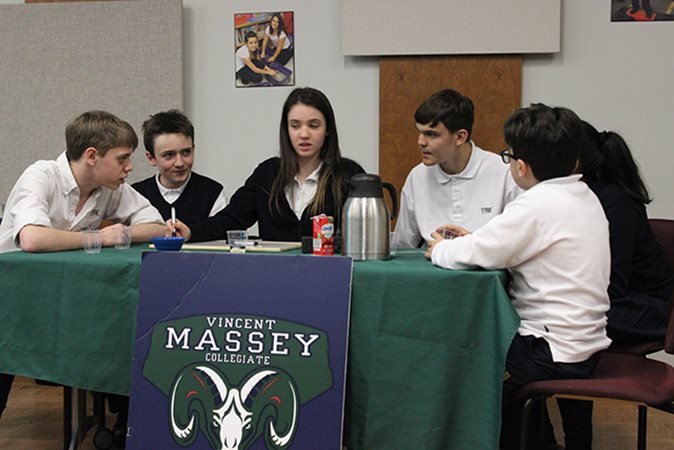 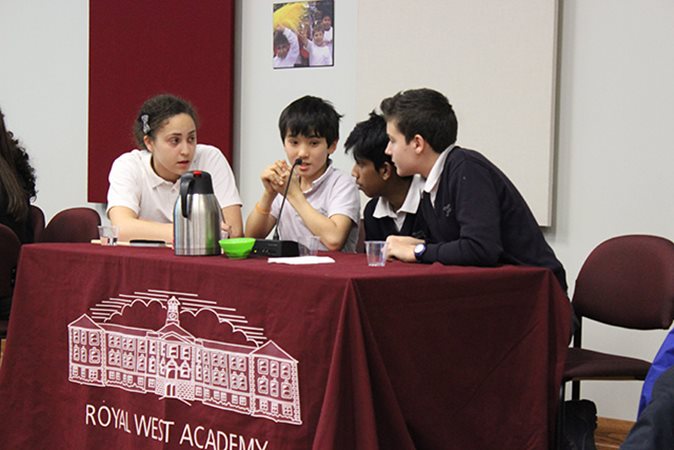 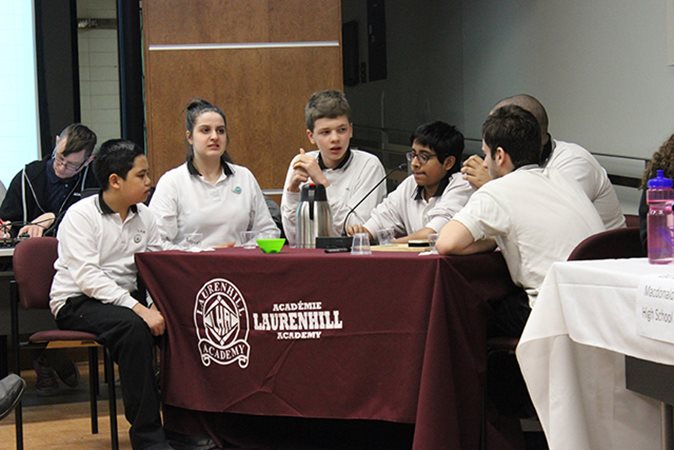 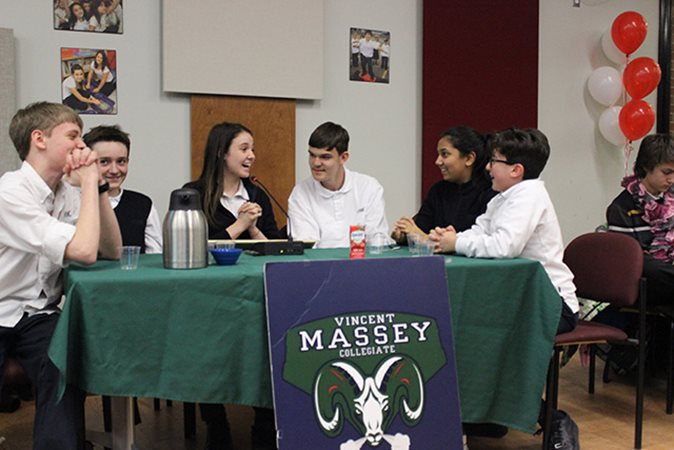 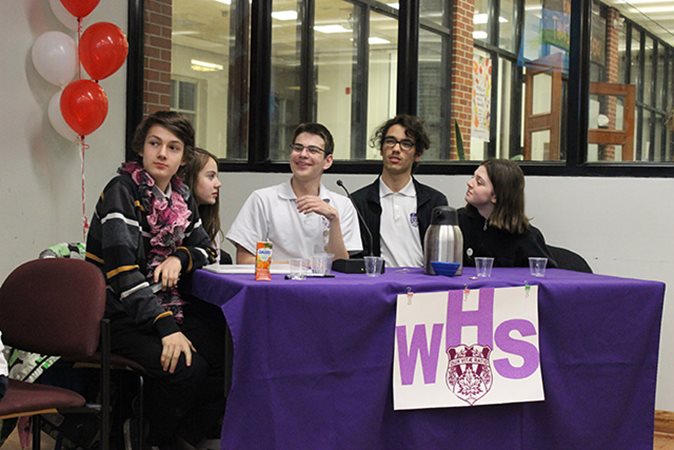 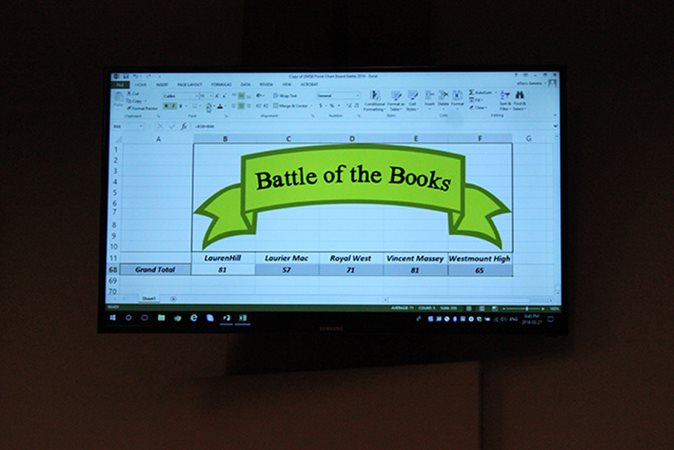 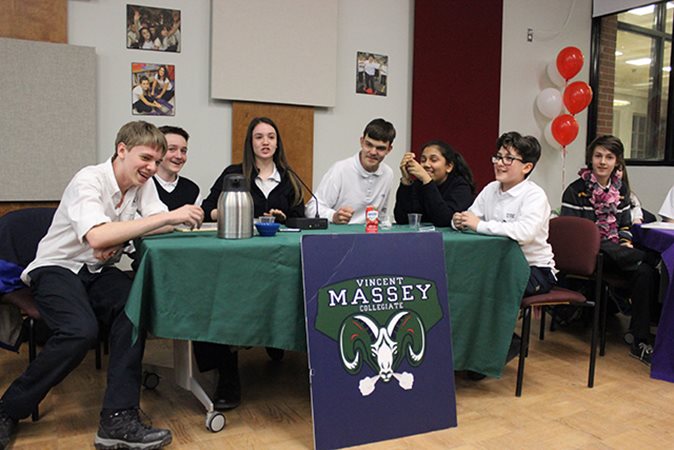 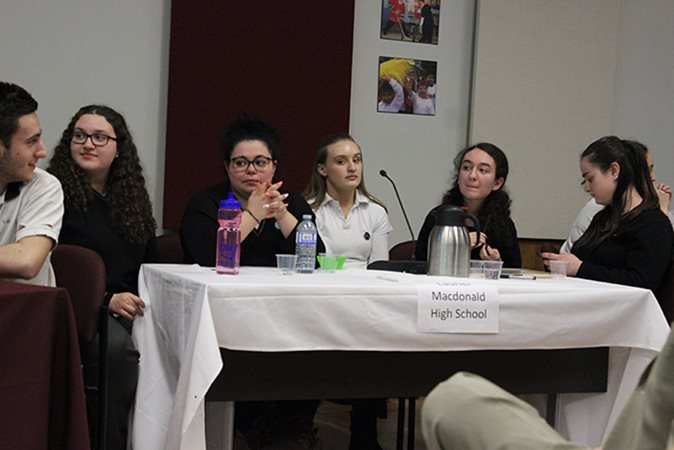 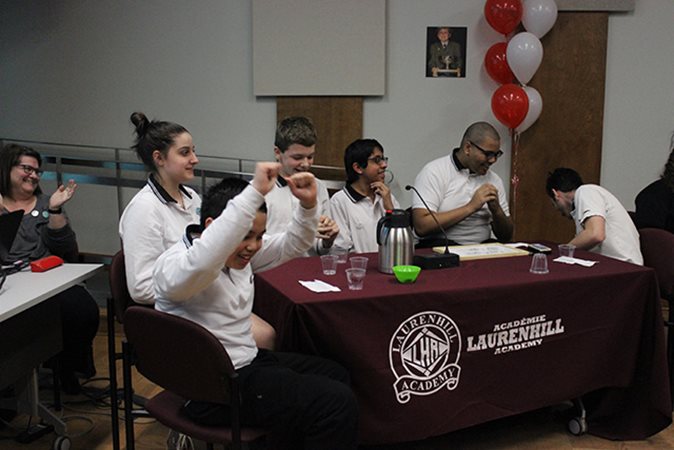 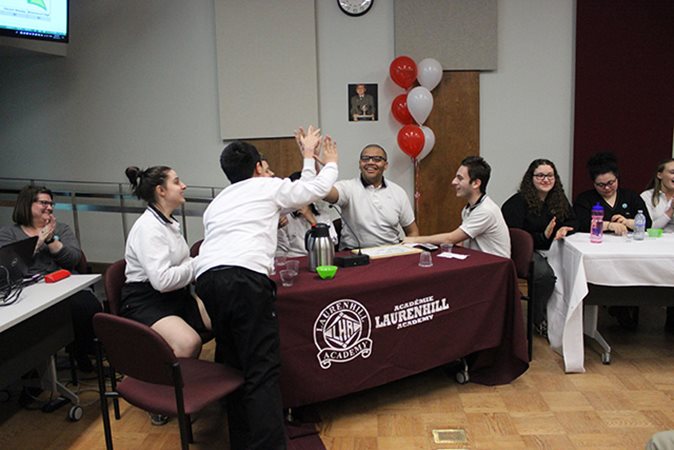 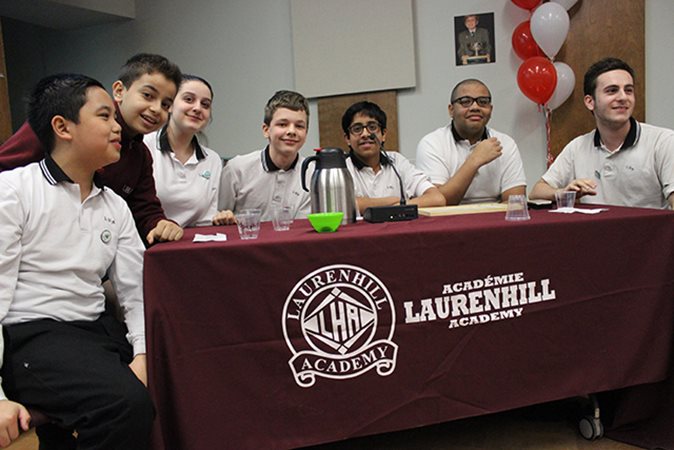 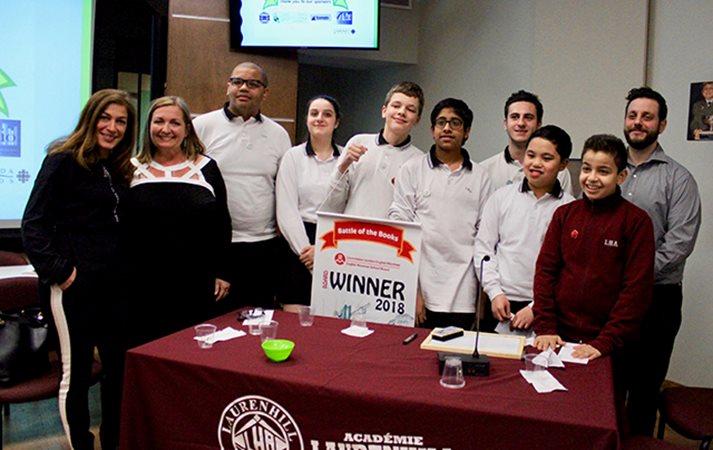 Feb 25, 2021
Chair’s Message: EMSB Calls upon the government to cover more than $10 million in COVID-19 expenses not budgeted
Read More

Feb 22, 2021
Message from EMSB Chair Joe Ortona: We must find a way to responsibly implement the Transformation Plan
Read More