A Carnival of Marvels and "Little" Monsters 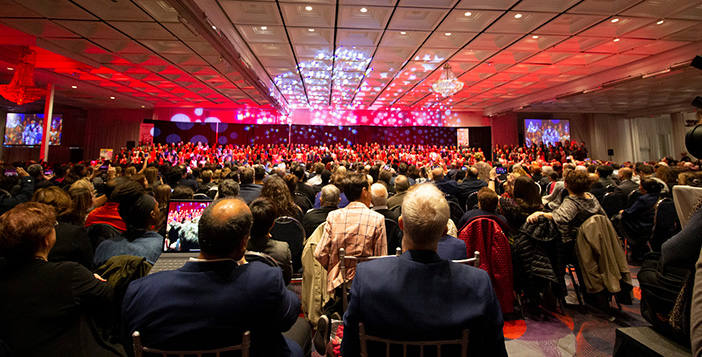 Rolling out the red carpet

On October 23rd, elementary school students from over 25 schools in the Montreal area were given the star treatment. Transported by limo to the Palace reception Hall in Laval, these young performers entered the venue along a red carpet lined their greatest fans; excited parents, teachers and school administrators. Smiling and waving as the local press and photographers' flashes lit up the lobby, this was their day to shine at a 2,000 seat by invitation only launch party.

The Carnival of Marvels and Monsters is a massive international co-production of Chroma Musika (Montreal) and the renowned Quebec Publisher Planète Rebelle, written by Mihalis Makropoulos illustrated by Katerina Veroutsos, and set to music and lyrics written by Giannis Georgantelis.

From sound stage to live stage

Forming a youth choir over 350 strong, these talented singers provided the vocals for the CD companion to the book.   Recording sessions took place in Oscar Peterson Concert Hall with Dr. Mark Corwin professor of the Concordia University Music Department being responsible for recording, mixing and editing.  An incredible learning opportunity for the students to experience the various aspects of music production, from recording to mixing and finally, live performance!

Several introductions and speeches were made by invited guests including the Honourable Leo Housakos, Senator,  Mr. Guy Ouellette, MNA for Chomedey and our very own Ann Marie Matheson, EMSB Director General.

As the packed room darkened, the children took their places on stage, dressed in their finery,  proud and anxious parents strained to pick out their child's face from the crowded choir. The chamber orchestra tuned their instruments and began to play.   A boy's clear voice is heard as the first soloist, accompanied by the many voices of his peers, telling the tale of  Finn and Chloe, young carnival goers, kidnapped by the King of Night, who is jealous of their fine costumes.  Finn and Chloe must fight with all their courage to escape and get back home.

The choir and orchestra performed a total of three songs from the storybook album ending to a standing ovation from the crowd.  Obliging to the many shouts of "Encore!" they went on to repeat the final song of the story.

The EMSB was represented by nine elementary schools: Gardenview and Cedarcrest in St. Laurent, Pierre de Coubertin and Honoré Mercier in St. Léonard, Edinburgh in Montreal West, Roslyn in Westmount and Royal Vale, Willingdon and St. Monica in NDG.   Schools will be selling copies of The Carnival of Marvels and Monsters with proceeds benefiting the schools themselves. 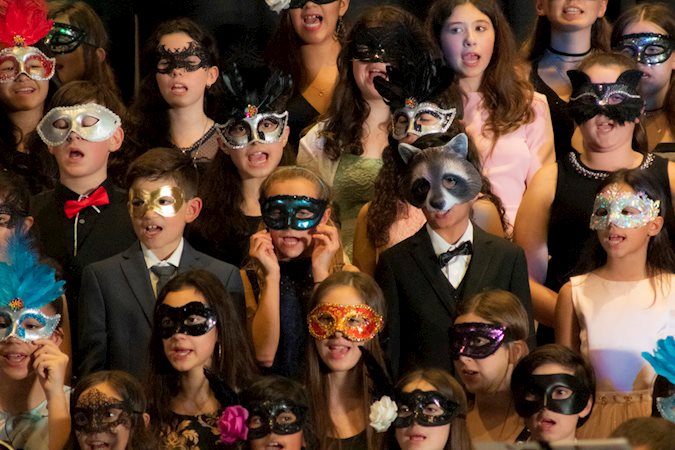 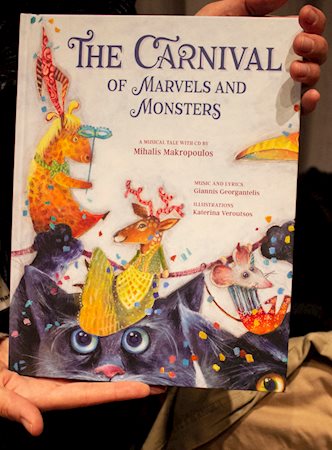 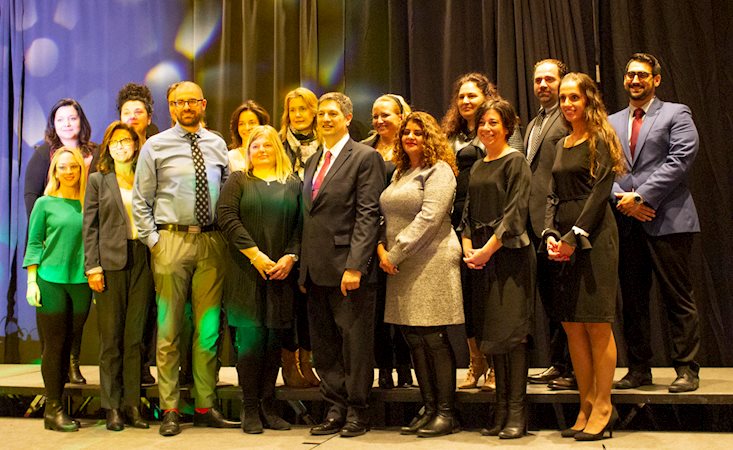 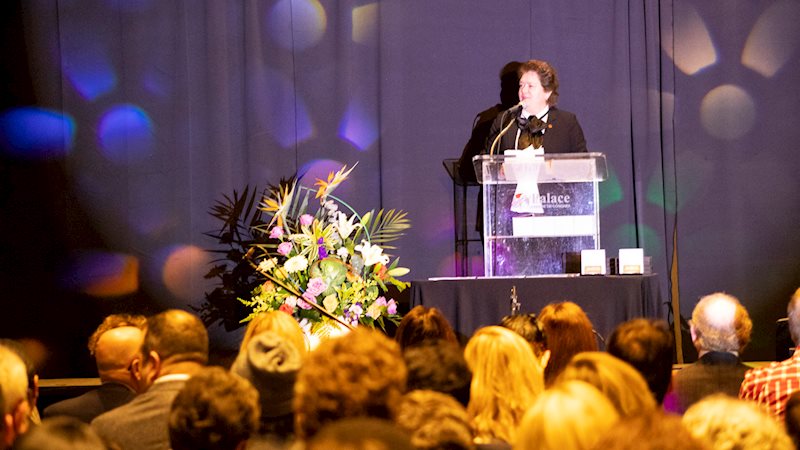 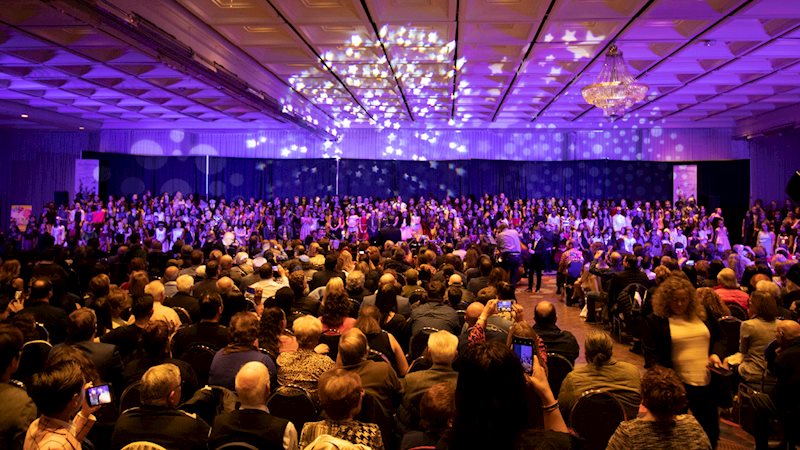 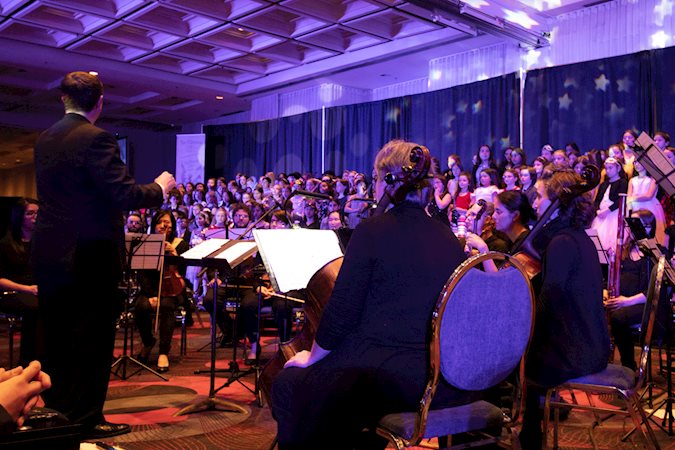 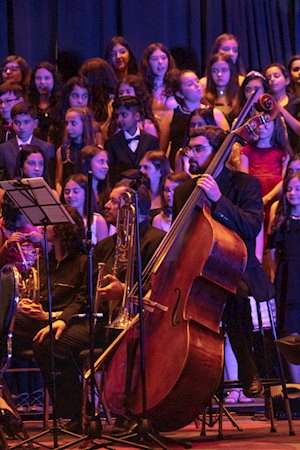 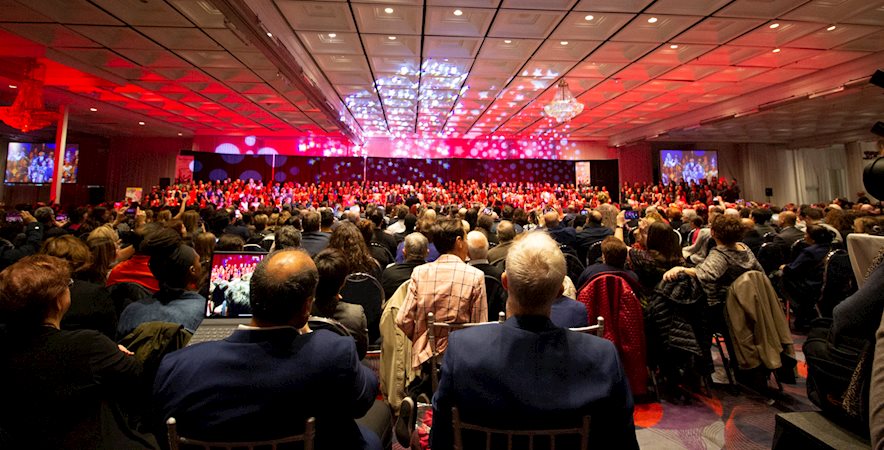 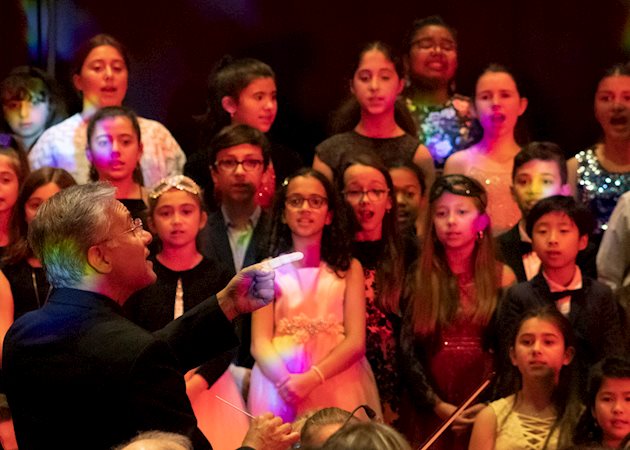 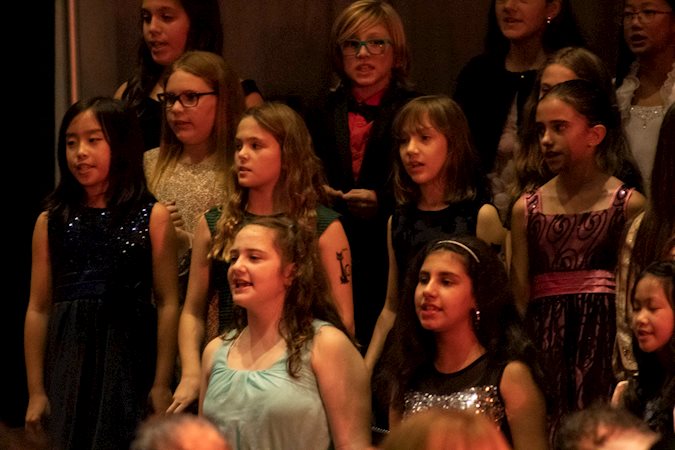 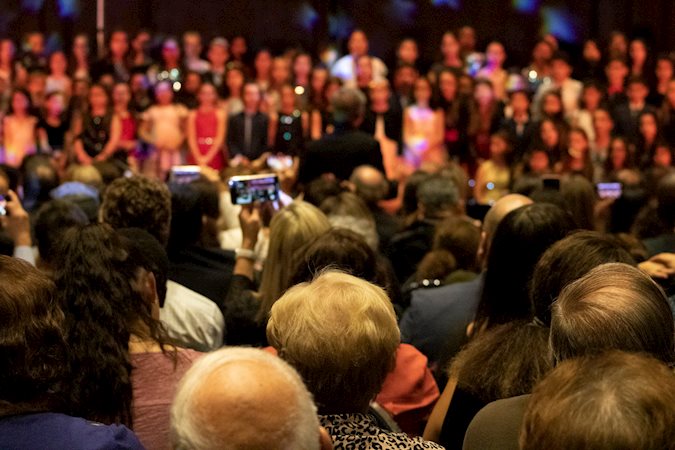 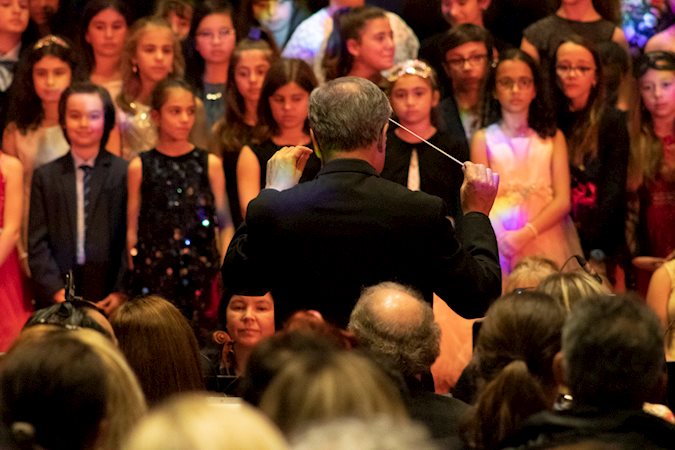 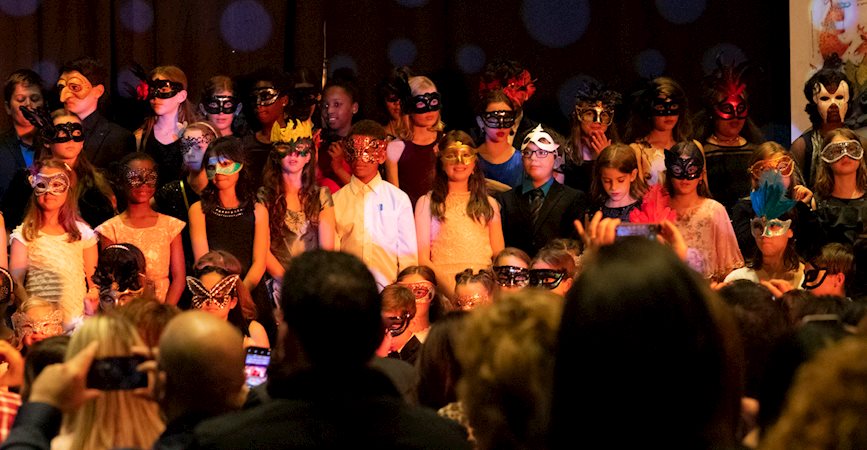 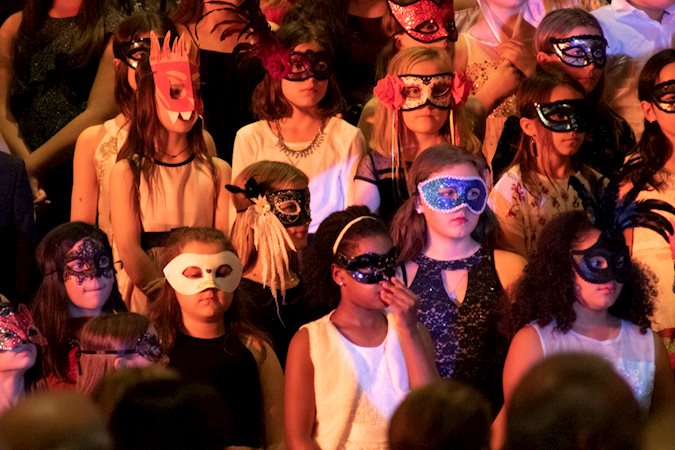 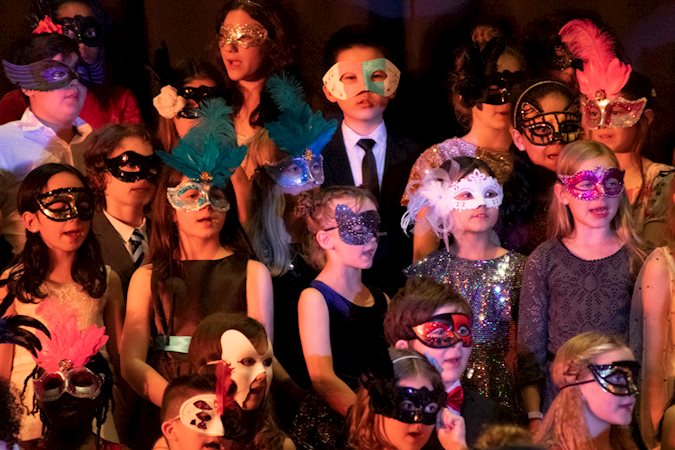 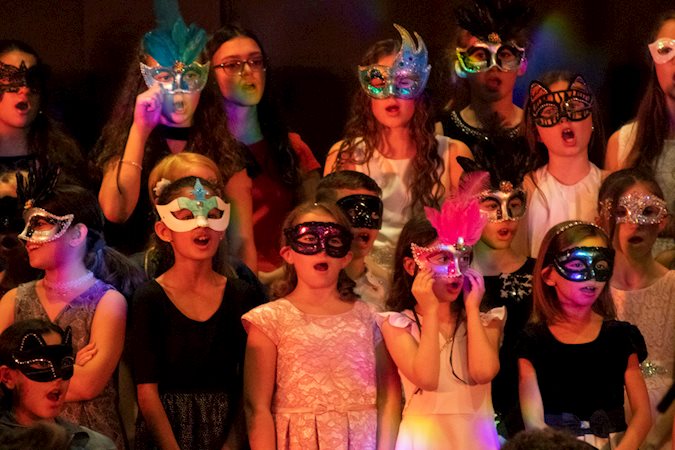 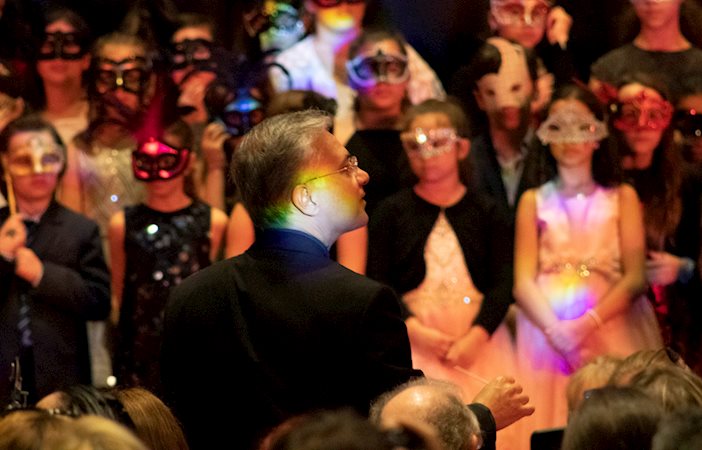 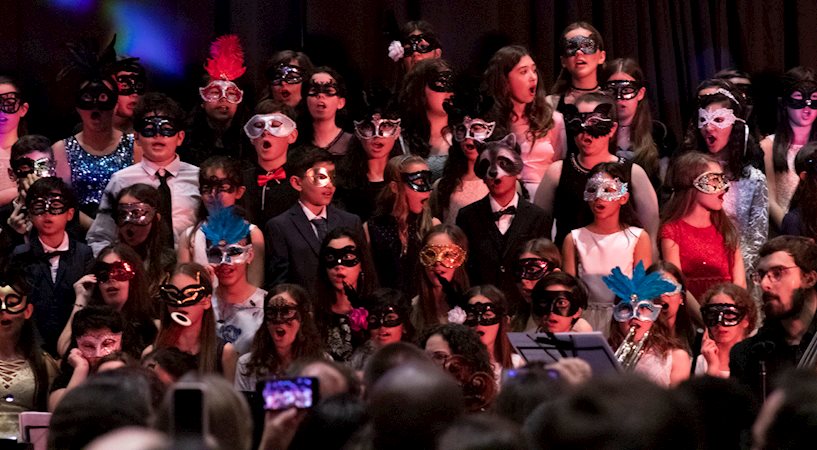 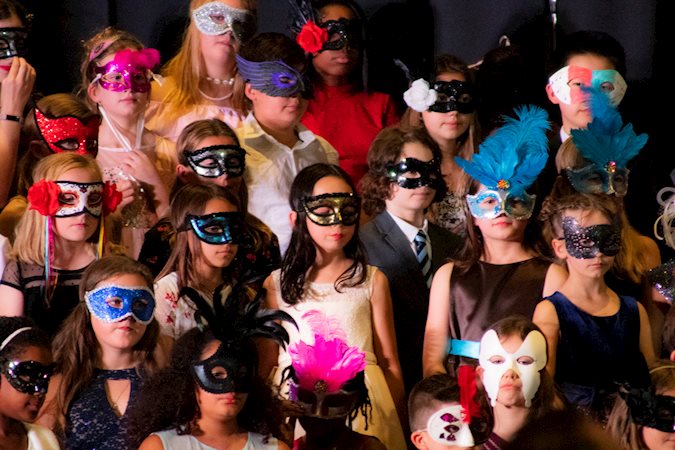 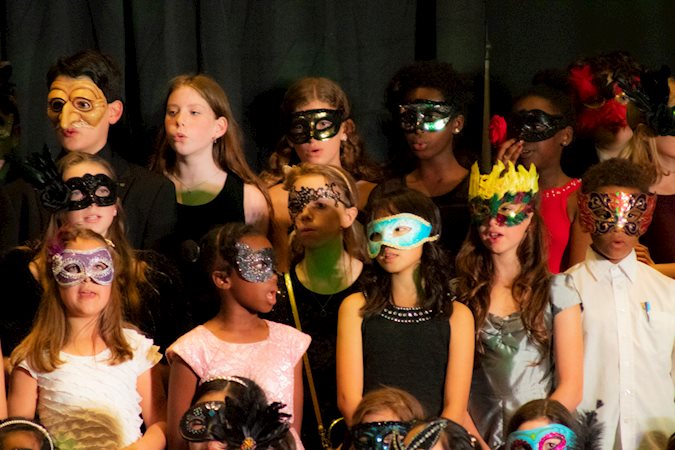 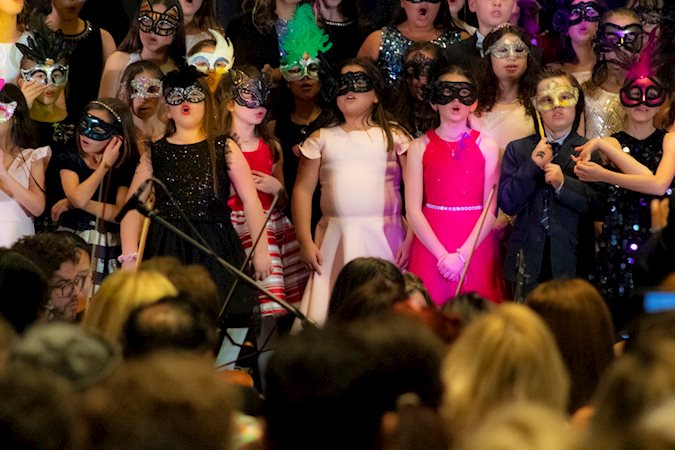 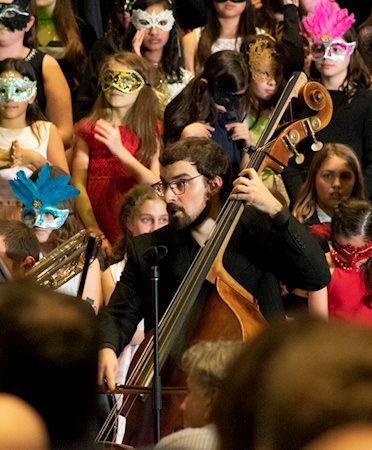