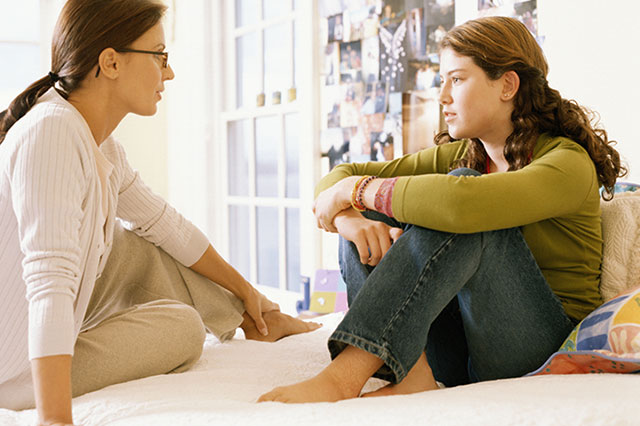 Sandrine Aschour acts as a liaison between public health agencies and the EMSB where drug and alcohol prevention is concerned. She says there is no magic wand. But the first step is to quite simply open up the line of communications.

“You need to talk to your kids, you need to supervise them, you have to ask questions, know where they are at all times,” Ms. Aschour said.

According to Ms. Aschour, telling your child or children to “Just Say No” doesn’t work. There has to be a discussion between families. And the school board plays its part by offering counselling, workshops and how to deal with peer pressure.

There have been presentations to students about the dangers of over-the-counter medication. More such lectures will be held this year.

"When children would come to school and they smelled like marijuana, now they can say ‘But Ms., it was my mom that was smoking, it wasn’t me.’ So we’re going to have to come up with some very creative consequences and alternatives.”

“For the adults, however, it changes a whole bunch of things. Because in our schools, for example, when children would come to school and they smelled like marijuana, now they can say ‘But Ms., it was my mom that was smoking, it wasn’t me.’ So we’re going to have to come up with some very creative consequences and alternatives.”

Ms. Aschour said the EMSB will treat marijuana like alcohol. “Yes, you can drink alcohol but you can’t come to work when you’re under the influence of alcohol,” she said. “ So it’s going to be the same thing. Yes, you can smoke marijuana if you choose to smoke illegally in your house but do not bring that to school. That’s the approach we’re going to take.”

A recent survey of Grade 6 students in Montreal shows that drugs aren’t necessarily an issue. But it found that a significant number of Grade 6 kids had used alcohol on an on-going basis. It was as high as 23 percent depending on where the kids are located on the Island of Montreal.

Ms. Aschour wonders how they have access to alcohol. One of the keys, she says, is addressing parents and reaching out to them.

When it comes to marijuana, Ms. Aschour said Quebec has the lowest rate of marijuana use of any province when it comes to kids 15 years of age and older. But parents are still very concerned.

“Last year, I did a cannabis presentation to our parents out in the East End,” she said.  “They had a ton of questions because they’re concerned and worried for their children. So we’re going to have to do that.”

Ms. Aschour repeats that communication is vital. And there are resources as well.

The EMSB has partnerships with community groups like Chabad Lifeline and Portage. Parents and students are not alone if they are dealing with substance abuse issues.

Listen to our Podcast on Soundcloud