EMSB to contest the validity of Bill 21 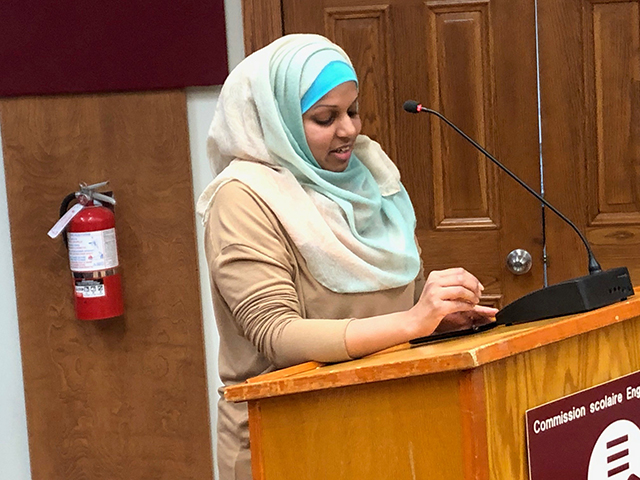 The English Montreal School Board Council of Commissioners has voted in favor of mandating the external legal firm of Power Law to institute, on its behalf, the appropriate legal recourse to contest the validity of Bill 21. This is based primarily on Section 23 of the Canadian Charter of Rights and Freedoms that guarantees minority language educational rights to English-speaking minorities in Quebec.

Section 23 of the Canadian Charter of Rights of Freedoms has evolved through the years and successive decisions of the Supreme Court of Canada include an exclusive right of management and control accorded to linguistic minority communities across Canada for the operations of their public school systems.

“Seeking an exemption through the courts concerning Bill 21 is particularly relevant to the EMSB and all of Quebec’s English school boards, which are grappling with surging parent demand for access to schools offering high-level second-language French programs, delivered through bilingual and French immersion schools,” said EMSB Commissioner Julien Feldman, who chairs the Human Resources Committee.

Last March 27 the Council of Commissioners of the EMSB pronounced itself against the proposed Bill 21 - An Act Respecting the Laicity of the State, which came into force  on July 16 and will bar public-school teachers, government lawyers, judges and police officers from wearing religious symbols while at work.  As such individual citizens and public institutions like the EMSB are subject to all laws and regulations that have been adopted by the Parliaments of Quebec and Canada,

EMSB Chairman Angela Mancini points out that the validity of Bill 21 is presently being contested in front of the Court of Appeal of Quebec. The EMSB Human Resources Committee met on September 23 to review all possible legal recourses with regards to Bill 21 that are available to the Council. Furthermore the EMSB will encourage other English school boards, the Quebec English School Boards Association (QESBA), and other representatives of the English-speaking community to participate in this legal action and its fundraising.