James Lyng STEAMS ahead with its new Maker Space. 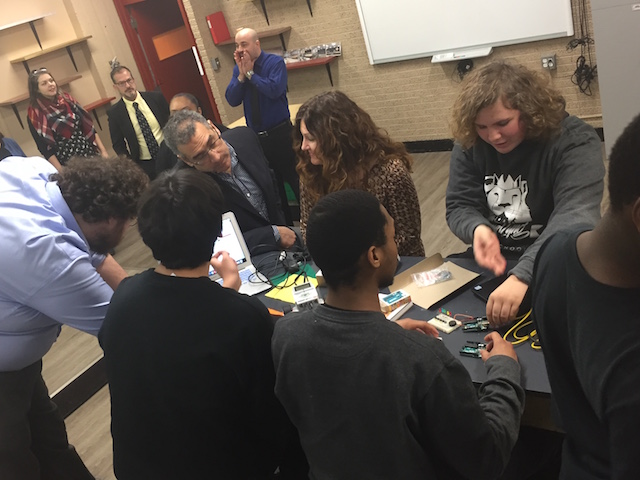 What was once a small science lecture auditorium is now a sparkling new STEAM Maker Space at James Lyng High School. And it was a hive of industry on February 20, when the school invited guests to a ribbon-cutting ceremony to show off the innovative space in full function.

In pursuit of its two-year-old STEAM (Science, Technology, Engineering, Arts and Mathematics) program, the school redesigned an old lecture-style auditorium into a bright, multi-level, renovated workspace, complete with tools, designed for collaborative work and hands-on projects. It was created to “engage students, with more hands-on, project-based learning,” explained Vice-Principal Marilyn Ramlakhan, the visionary behind the project. 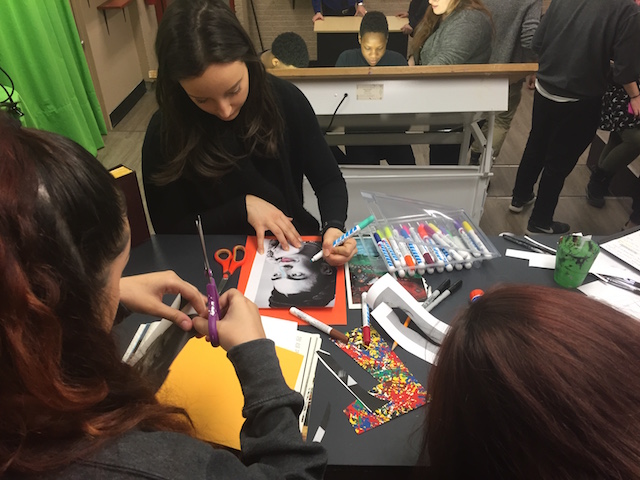 Five academic disciplines combine to make STEAM, a multi-disciplinary initiative that promotes creativity and high levels of student engagement. Students work on group and individual projects that take a creative and discovery-based approach. The concept behind STEAM is that it encourages a hands-on, trial-and-error approach to learning. Projects tend to be interactive, using both current technological devices, as well as the simplest of building materials.

Principal Lino Buttino invited the district school Commissioner Julien Feldman, along with Regional Director Pela Nickoletopoulos and several EMSB education consultants, to witness first-hand the space in full operation. Active in designing and creating the Maker Space, teachers Victoria Gagliano and Helen Stambelos were pleased to explain how the room had been transformed and equipped.

“We are really happy for the school,” said  Mr. Buttino. “This was the brain child of Ms. Ramlakhan last year, and I am so proud of her for bringing this to light.” 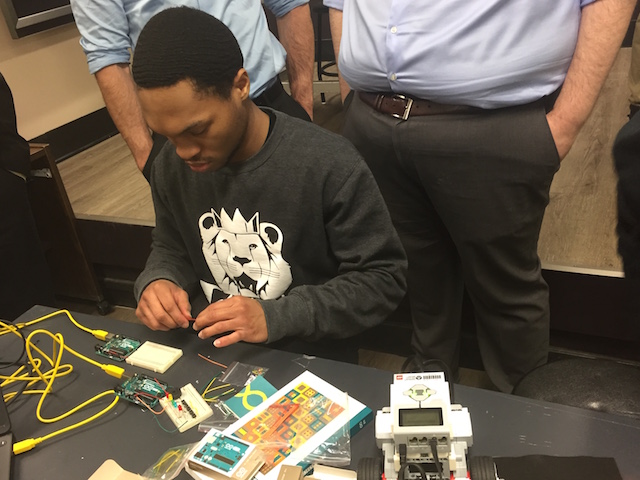 Ms. Ramlakhan, in turn, acknowledged the teachers involved, and said it was a collaborative effort with students too. “The students will be able to be engaged in their learning and hands-on, which our students really like,” she said.

Set against a chalkboard style backdrop of a city skyline, the space had several levels separated by a few steps. Much of the furniture, including unused shelving from the school library, was salvaged and repurposed for storage and display. Thoughtful aesthetic touches, such as mounting old film reels on the walls to appear as gears, a common engineering symbol, gave the space a creative and friendly feel.

As guests trickled in, students and teachers were actively working on projects at most of the six work stations that make up James Lyng’s Maker Space. For example, students were making chess pieces at the 3-D printer and electronic station that provides the technology for students to design their own objects and print them. They can also build and program robots, using online software.

Students currently use the Maker Space with their teachers, but the hope is that it becomes a space students can use on their own in between classes. 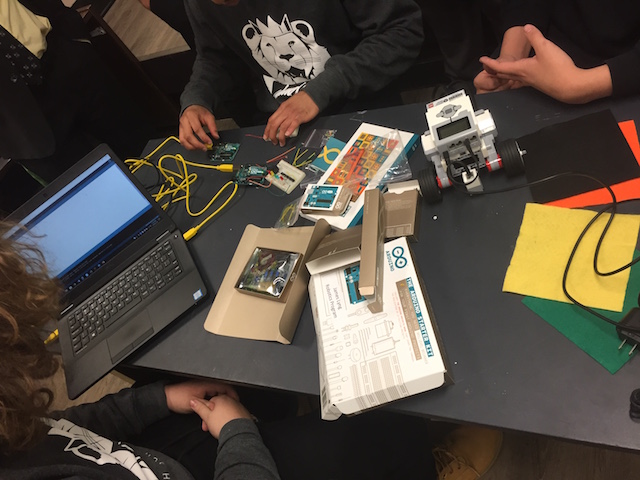