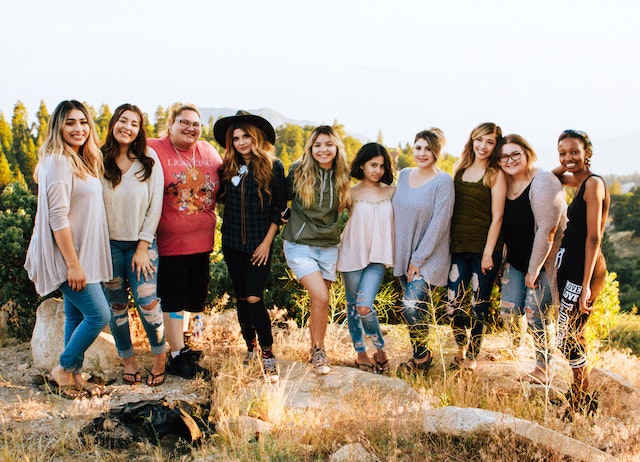 Photo by Omar Lopez on Unsplash
By: Anna Panunto

Anna Panunto is a teacher at the High School of Montreal Adult Education Centre of the EMSB. She has been teaching for 22 years and submitted this article.

Women have influenced how we define reality, conceive of knowledge, and exercise leadership....
(Regan and Brooks, 1995)

What I have witnessed as a seasoned adult educator living in Montreal, Quebec is a gradual evolution of women school leaders coming into their own and refining leadership strategies that encompass an inclusive vision.

Up until the mid 1970’s, women replicated traditional ways of leadership. It was only natural to replicate what was theoretically learned in universities and what was practised in schools themselves (Regan and Brooks, 1995).  Over time, women developed their own models of leadership – best known as the ethics of care  (relational leadership). How did these models come into play? Most women had been segregated as educators long enough to observe ways in which leadership could be improved – specifically in the school organization. Most newly appointed female school leaders underwent what the literature called a double “socialization experience” According to Hart 1993, the double socialization entailed school administrators on a professional level and organizational socialization to their immediate work environment. Although female leaders paid special attention to the how the school was organized, their style of leadership was oftentimes left suspended. More often than not, their new leadership roles rendered them in a state of apprehension ( Hart 1993).  The vast increase of female school leaders from the late 1980s- 1990s in North America, created a new boom. Women were transitioning into leadership roles but with little or no networks and mentorship.
(Journal of Women in Educational Leadership, Vol2, No1 January 2004).

According to a study by Napier and Willower , 1994, more than 50% female leaders in education did not belong to the “good old boy’s network” and 68% confessed that there was no “good old girl’s network” for them to part of either . Most female leaders faced little to no encouragement to assume their leadership roles and were made to feel that they were undeserving of their new positions by some of their male counterparts ( ibid).   In spite of this, women leaders still trucked on and relied on their personal support networks such as family and close friends. Women in  new leadership positions, at the time,   just wanted to be  accepted and respected  as leaders – regardless of their  gender.

Over the last two and half decades, women have gained much recognition across North America and developed  not only a female leadership style ( relational leadership), that has been successfully  implemented by both male and female leaders today, but also a new vision or interpretation of what networking truly entails.  Simply put – networking means taking care of one another – offering support and guidance when needed. The ethics of care has not only enveloped school leadership but also leadership in general – be it in corporate and/ social /cultural/ political organizations.

One of the female school principals in a secondary school, that I had interviewed back in 1995, while I was doing my thesis in women’s leadership strategies (Mcgill University), stated that she was most grateful to her husband for support and that her family was her network, “.... without my husband and family I wouldn’t be where I am today” ( Panunto, 1995 ).  He was her source of support throughout her transition process from educator to administrator.

What about mentorship though?  Indeed, the art of mentoring has its ancient roots; mentoring goes back to the Odyssey with mentor being the name of Homer’s character who counselled and guided. Schectz and Benson (1994 ) define the purpose of the mentor in simplified terms; mentors guide, train, and support a less skilled or experienced person called a novice, mentee, or protégé. So, did all female school leaders have mentors back then? In Pavan’s Study of female administrators in Pennsylvania, women mentioned their husbands as their first mentors. In some cases, just as in my thesis study ( Panunto 1995), these womens’ husbands were their only source of support ( Sartre, Kenington, Edson, 1988).  The crucial question is: why?  Most, if not all of the women I had interviewed, experienced isolation when transitioning from the role of educator to administrator.

The good old boy’s network was recognized as a barrier for women in developing careers in educational leadership ( Grogan, 1996).

Do female school leaders still feel this way at present times? According to the Harvard Business Review, February 2019, Brian Uzzi stated something rather interesting: women need dual networks, meaning that they need to network with both men and women. Another point made, was that successful women had to network smarter and not harder – seeking quality over quantity. Connecting with people that have multiple contacts and to avoid closed inner circles.

Although there has been a multitude of literature on women leaders in the corporate world (specifically in the last 20 years),  more  qualitative  research  is  needed regarding how  female school leaders have redefined leadership in schools and more importantly, how this has created a new vision of the world of education.

Jul 06, 2020
Online access to MEES final results
Results for Secondary IV and V Ministry courses will only be...
Read More