Born and raised in Montreal, Michael Cristofaro began his teaching career at John Grant High School in 1987, after receiving his Bachelor’s Degree in Education from McGill University. Beginning in 1978, he worked in an Adult Education center, and continued to do so while attending McGill. After 12 years at John Grant, he went on to Wagar High School as an Industrial Arts teacher. He eventually became the Principal and stayed there until 2006, at which time he moved to Westmount High School, where he has remained for the last 11 years. 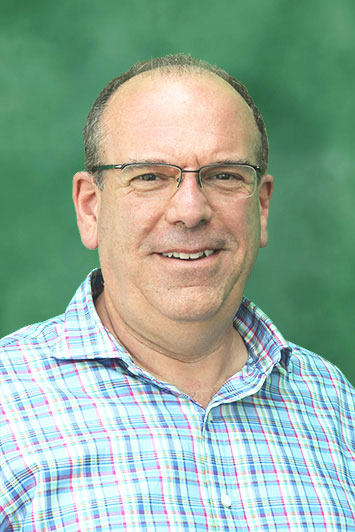 Mr. Cristofaro had memorable experiences at each school where he worked. “It was very rewarding working at John Grant High School, trying to effectively support the special needs students,” he remarked.

Although Wagar was a shrinking school that eventually closed, Mr. Cristofaro commended the dedicated staff members, who were committed to the success of the students. “There certainly have been challenges in all the schools, and meeting those challenges is part of the satisfaction that we obtain as school administrators,” he said.

Mr. Cristofaro believes that one of the primary roles of a school administrator is to empower and encourage the teachers and other staff members. He found Westmount High to be his most challenging of assignments. It was also the most rewarding. “I inherited a growing and flourishing school from Claude Dansereau and one of my objectives was to continue on that path of growth and success,” he said.

When Mr. Cristofaro first arrived at Westmount, there were fewer than 700 students. There are now 920 students. He compares the school to a steam locomotive that needs to be well maintained in order to function effectively and efficiently. “We have to make sure the machine is well oiled, and that all the components are working in unison."

Mr. Cristofaro believes Westmount High was the highlight of his career, not only because the growth he’d seen in attending numbers, but also because of the diversity of the student body that grew with each passing year and the unflinching dedication of the staff towards student success. As the number of staff members increased over the years, he has been pleased to watch them develop into well-respected and excellent educators. He takes pride in the fact that Westmount High is a community school, having Advanced Placement courses for academically gifted students, while also catering to students with learning challenges. Mr. Cristofaro saw the importance of responding to student’s needs, as shown when Westmount High School was one of the first schools to introduce gender neutral washrooms that later also expanded to changing rooms.

Whatever you do - do it with integrity, do it with conviction in what you believe is right.
Do it with passion, do it to the benefit of others, and finally, do it with humility.

Mr. Cristofaro was first drawn towards the field of education when he met his woodworking teacher in high school, Mr. Douglas Nugent. It is therefore fitting that his plans for his retirement are to pursue his passion for woodworking once again. “The thing about woodworking is that it needs a great deal of patience,” he said. “It’s an art that cannot be rushed.”

Thankful for the Westmount High staff members, and the past and present directorship of the school board for the support they have given him, Mr. Cristofaro stated with respect to his to his staff: “They really are an outstanding, dedicated, committed group of individuals who have a clear understanding of what teaching is about, which is really to move kids forward.”.

The staff members organized a retirement part for him recently, and gave him a unique gift. “They gave me a conductor’s watch,” he said, delighted and touched by their generosity. The newly refurbished auditorium of the school in which he also dedicated much of his own time in its renovation, was dedicated in his honour at the event. The dedication plaque, made of brown oak, to represent his love of woodworking, was engraved with one of his own quotes: “Whatever you do - do it with integrity, do it with conviction in what you believe is right. Do it with passion, do it to the benefit of others, and finally, do it with humility.”

Mr. Cristofaro finds the process of retirement an emotional one, but he leaves with the satisfaction of knowing that he, along with all the other staff members, have contributed to the success of the school. He looks forward to embracing a new chapter of his life.