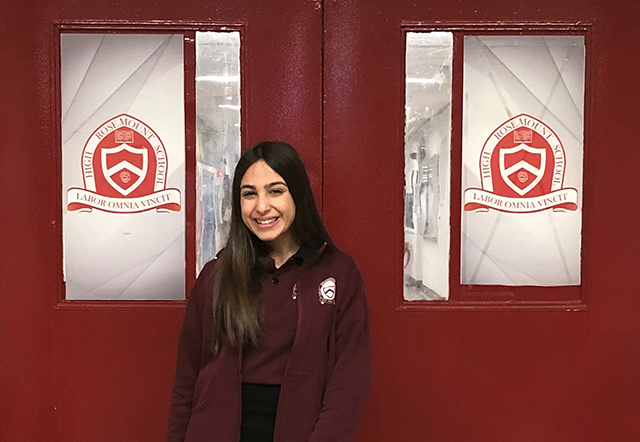 Samantha always dreamed of being on television and when she won the contest Cook for a Cure, everything fell into place.  On May 10, 2017, Samantha presented her dish at the Cook for a Cure event organized by Spiritual Animator, Vince .  Alongside her godfather, the poached pear dish won dish of the night! The prize was to appear on Breakfast Television, but little did she know it would be the start to much more!

Samantha has been cooking since the age of two and continues to do so at home with her mom and family. While on the show, she was asked if she had any other passions other than cooking. Singing was one of them and she was asked to do a presentation. She proceeded to sing Rolling in the Deep by Adele. That’s when her singing talent was discovered and she earned the title of “The Singing Chef.”  Although she loves cooking, singing is her passion and this began because of her sister who also likes to belt out a tune. She loves music from previous generations such as Michael Jackson and The Beatles. Samantha is a natural born star, she loves being on television and for it comes so naturally.

“I love being on TV, it was my dream since I was young and I never thought I would get this opportunity,” she stated.

Samantha has been taking lessons from a vocal coach for the past eight years and appears on Breakfast Television regularly. Samantha has support from her family and friends, and everyone at her school. “I try to balance school and my passion. School is very important but so is my future,” she said.

Samantha’s recipes and videos can be found on https://www.btmontreal.ca/?s=singing+chef.