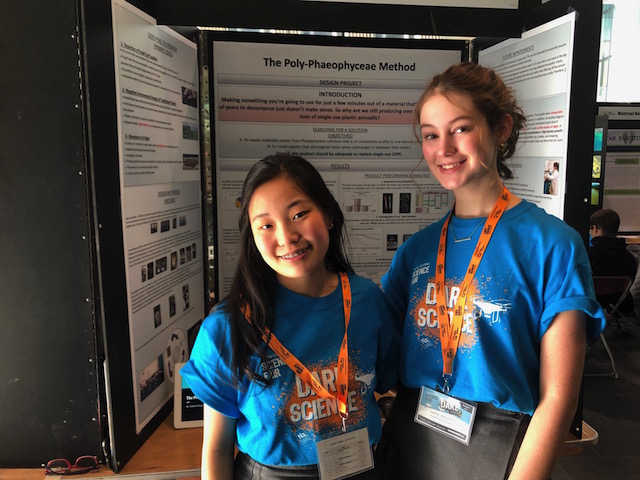 Three of 15 projects moving on the provincial science fair are from EMSB. They are, from Royal West: Felcarek-Hope and McVetty’s The Poly-Phaeophyceae Method, and “Fog On, Fog Off” by Hajeong Seo; and from LaurenHill “High Rise Stability” by Alexandra Alfieri.

Royal West loads up with awards

Felcarek-Hope and Sofia McVetty’s project won nine awards in total. They team looked at diminishing the global consumption of fossil fuels. They created a cellulose-based biodegradable plastic (for single-use products) out of Phaeophyceae algae, a renewable resource found abundantly in North America and Europe.

Receiving the fair’s “Highest Distinction” was “Fog on, Fog Off” by Grade 10 student Hajeong Seo. The purpose of this project was to design an efficient small-scale fogponics system, which would allow plants to grow without soil. Fog is generated in a closed system to provide exposed plant roots with water and nutrients. The project also received an Concordia University Faculty of Arts & Science Entrance Bursary, McGill University’s Department Bioresource Engineering Award and Faculty of Science Award, and the Super expo-sciences Hydro Québec (SESHQ) Experimentation & Design Award.

“Flies Saving Lives” by Grade 11 student Isabelle Ouimet was recognized with "Great Distinction," as well as an Antidote Award for the quality of language and a Dawson College Science Award. Ouimet studied the histone, a regulatory element in the cell responsible for the packaging of chromatin into chromosomes. Mutations of the histone H3 protein were inserted into fruit flies to determine the phenotypes in targeted tissues of the offspring.

Also recognized with “Great Distinction” was the project by Liam Gaither and Colin Evans, Grade 11, for “Graphene Supercapacitor.” They also received an Antidote Award for the quality of language, and Concordia University’s Gina Cody School of Engineering and Computer Science Award for Outstanding Achievement in Electrical & Computer Engineering. The project involved the creation of supercapacitors (batteries) using aluminum, homemade graphene, activated carbon and an electrolyte. The team tested the supercapacitors for idle discharge and ability to run a small load.

Another “Great Distinction” award went to “Phospho-Filter” by Niall Cunningham and Thomas Giacobbe, who also received a Chemistry Award from McGill University. The Grade 11 students designed and created an independent and environmentally friendly device that could be positioned along the edge of streams to filter harmful phosphates from the water.

Simona Bruno and Nathaniel Bechard, Grade 9, received the “Great Distinction” from the fair for “Rocket Recovery Alternative,” as well as a Physics Award from McGill University. They describe the Flying Wing Rocket Recovery System as a three-stage process which starts with a three flying wing aircraft in an equilateral triangle formation and culminating with a rocket flight autonomous from the launch to the landing of the flying wing gliders.

The school also saw an award of “Distinction” go to Grade 8 students Siena O'Neill and Ava Surette for their project “Anti cancer properties in food and nutritional supplements,” which, using brain cancer cell called glioblastoma, tested several popular nutritional supplements and foods that are said to have anti-cancer properties. Also receiving “Distinction” was “Space, The Final Frontier” by Christina Polichronopoulos and Stella Eleftheriotis, Grade 11. The project was touted as “an improvement of NASA's Dawn Spacecraft” to allow for deeper space travel. It implemented an energy harvesting metasurface onto NASA’s craft in the form of panels, which would replace solar panels.

LaurenHill goes to the provincials

“Visability 2.0” by Rosemount High School’s Helena Goossens and Yash Varde won Concordia University Gina Cody School of Engineering and Computer Science Internship Awards, a “Great Distinction” award and McGill University - Department of Electrical & Computer Engineering Award. The team designed and programmed an aid for the visually impaired to provide them with a better sense of their surroundings, using a phone app.

Here are the results from the Fair by school.

You can see the Breakfast Television Montreal interview with Adelka and Sofia at https://vimeo.com/326811890 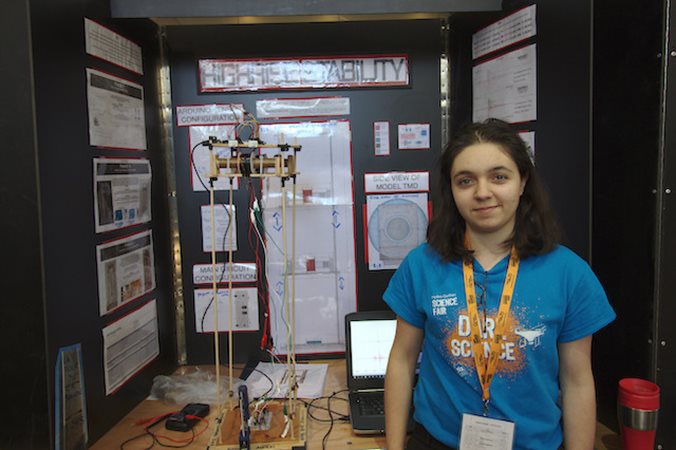 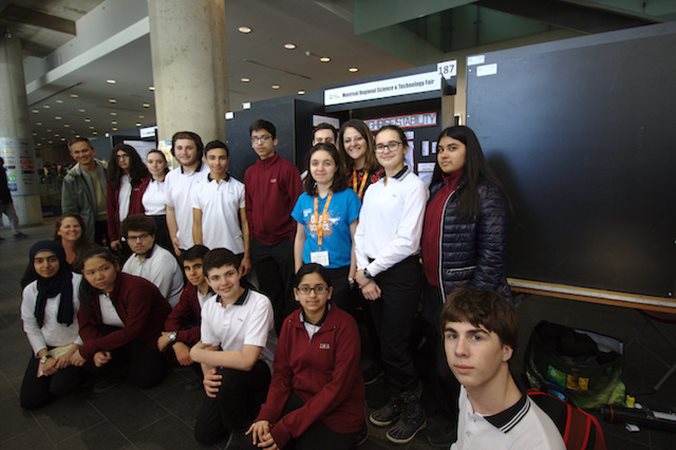 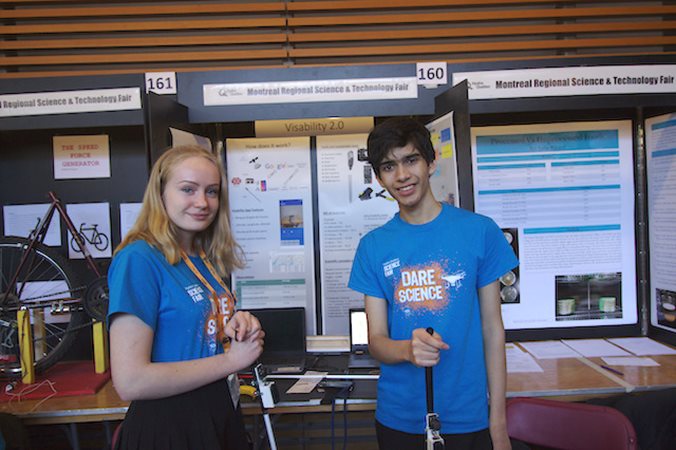 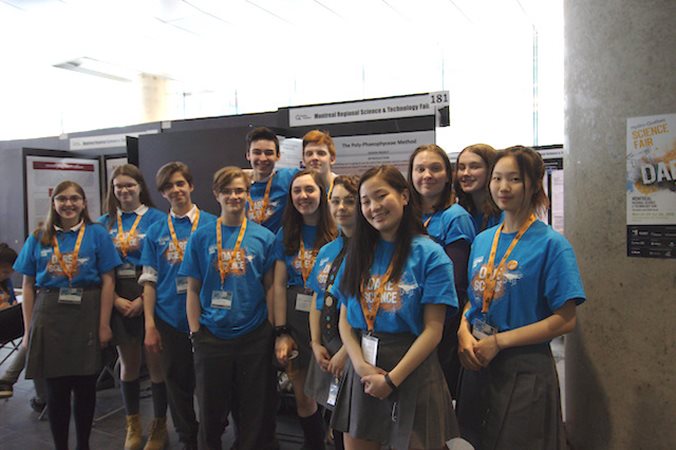 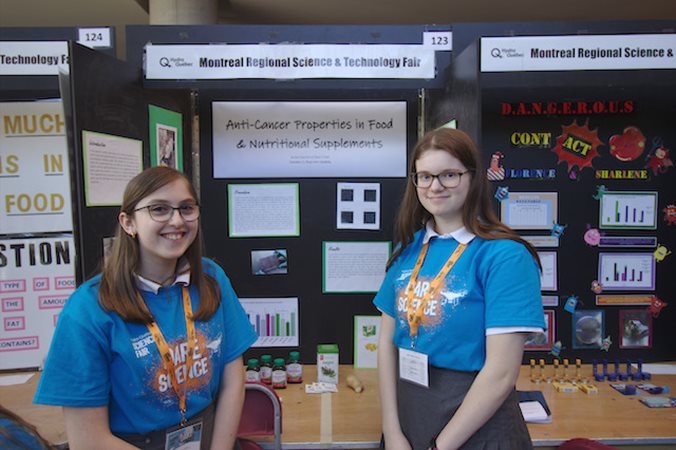