Westmount Park School building to be closed  for two years: Students to be redirected to two facilities 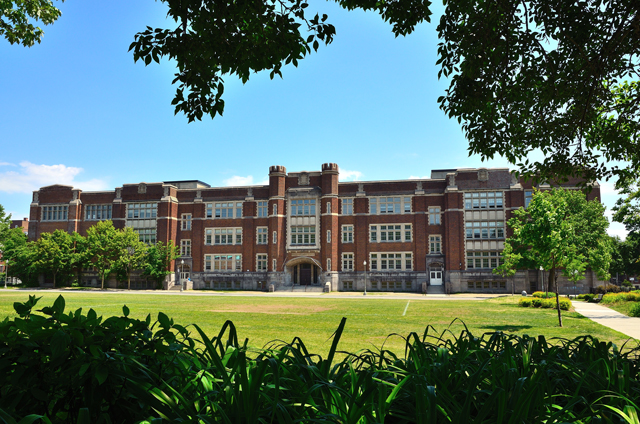 Westmount Park Elementary School will undergo major renovations. Due to the scope of the $12.5 million project, this will require that the entire school population for the 2019-20 and 2020-21 academic years.

The EMSB  Council of Commissioners has accepted a recommendation from the Long Range Planning Committee to relocate the more than 700 students into two buildings, Marymount Academy International in NDG and the former St. John Bosco Elementary School in Ville Émard. Both sites would have  Pre-K to Grade 6 levels.

This proposal will now go out for consultation to the governing boards of Westmount Park School and Marymount Academy International,the EMSB Parents Committee, Central Management Advisory Committee (CMAC), Montreal Teachers Association (MTA), Syndicat des et du milieu de l'éducation de Montréal (SPPMEM), Association Professionnelle Du Personnel Administratif (APPA), Québec Federation of Labour (QFL) and the  Association of Montreal School Administrators (AMSA). All those consulted will be invited to reply to the Council with their feedback by Tuesday, January 8, 2019. The results of this consultation will be brought back to a special Board meeting in early January.

The reason why two distinct Pre-K to Grade 6 campuses are being proposed is to avoid parents having their children potentially in two different buildings in two areas of the city. This would facilitate daycare and drop-off and pick-up. Siblings would travel on the same school bus. Outings and activities such as the Grade 6 graduation, could be combined such that all students in a given level at both sites would be together for those events at the discretion of the administration.

Centennial Academy presently rents the entire Eastern portion of the Marymount Academy International building. Their lease ends on June 30, 2019, freeing the space necessary for Westmount Park. The elementary students would be separated from the high school students who use the western portion of the building.

St. John Bosco closed as an elementary school in 2012.

Jul 06, 2020
Online access to MEES final results
Results for Secondary IV and V Ministry courses will only be...
Read More