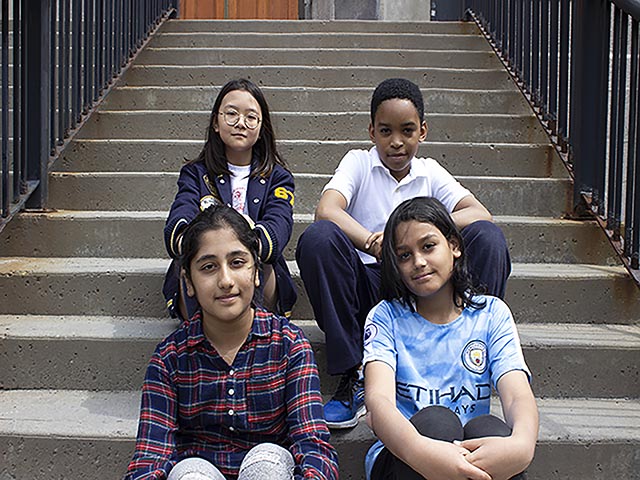 By: Kristin McNeill
School Board

The programs and the curriculum remains – even the phone number stays the same. This was the message the administration of Westmount Park Elementary School (WPS) wants parents to know about the move to two separate buildings in September. Repairs, renovations and cleaning are taking place over the summer to ready the facilities at the former St. John Bosco Elementary School in Ville-Émard and Marymount Academy International in NDG.

Plans call for the current 105-year-old school building at 15 Park Place to be closed for at least the next two upcoming academic years (2019-20 and 2020-21) to complete a $12-million project of renovations and repairs.

WPS expects its enrolment of 700 to be maintained, and students will be split into two groups across all the grades, from Kindergarten to Grade 6. Based on a logistical mix of busing routes, postal codes and special needs, less than half the students will go to Westmount Park School South Campus (Ville-Émard), with the remaining numbers directed to Westmount Park School North Campus (NDG), the east wing of the current Marymount Academy International high school. The WPS students will use the eastern doors, while the current Marymount students will continue to use the western doors. For the past two years Marymount has been sharing its building with Centennial Academy, which moves out this summer.

Siblings will remain together at one campus.

The St. John Bosco facility has been largely unused since it closed in June 2012 because of low enrolment. Built in 1961, the building at 6255 Hamilton in Ville-Émard was designed and built as an elementary school and once belonged to the Montreal Catholic School Commission before folding in with the English Montreal School Board when the amalgamations took place in 1998.

The two campuses will have common pedagogical days, so this means that “the staff will be able to meet together, plan activities and their curriculum – as if they were one staff,” school officials explain. BASE Daycare, which operates the before- and after-school program, will also be able to coordinate those days for school-wide activities.

Because of the size of the student body, Westmount Park School is already accustomed to splitting into groups for school-wide events, such as assemblies or concerts. Its house system, which has students divided into six houses, already provides a way to manage school-wide events across two campuses.

School cohesiveness can be maintained by creating many opportunities for exchanges between students at the two campuses, using social media such as Skype or other traditional ways such as creating pen pals. Annual field trips will continue, for example the long-standing traditional Grade 6 winter camping trip is slated to take place – the only difference being students will be picked up from the two locations instead of one.

But the real key to maintaining school cohesiveness is “having the staff gel and keep working as one,” say school officials.

While a transition period is inevitable for such a relocation project, people are very happy to move because they know something needs to be done about the health of the building.

A new resource program for students with autism will be started, and as well as an early stimulation class will be housed at the North-Marymount campus. This class will have its own in-class mini-gym.

The renovations for Westmount Park School have grown to include the installation of a ventilation system (the school currently does not have one), an elevator and a ramp to the front entrance; exclusive in-classroom bathrooms for every pre-Kindergarten and Kindergarten class; a room designed with acoustic detailing for a music class to be installed next to the auditorium; creation of a space for a “safe room,” a quiet space or sensory room. The gymnasium will also be retrofitted with sound blocking controls, and the front office will be relocated to next to the Park Place entrance.